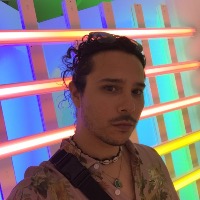 Dustin Mansyur is a New York-based writer, contributing editor, photographer and poet. In 2016 he was a member of the founding team of IRIS Covet Book as Features Editor. In addition to helping launch the publication, he secured international distribution contracts for the magazine, as well as spearheaded its online distribution through Shopify. His time there has been an immersive experience in which he has had the opportunity to interview celebrities, designers, fine artists, corporate executives, authors, activists, philanthropists, politicians, and professional athletes. In addition to writing, Dustin is an internationally-published photographer, of which many of his subjects he’s had the privilege to share their stories through image and written word. Writing poems since his youth, Dustin has also had works published as voiceover for fashion film, or as an accompaniment to his own photographic work. With his intuitive and empathic approach, Dustin seeks the core of his subjects' essence and shares it in a way that is both celebratory and accessible.

With his fringed masks, rhinestone suits, and shoegazing lyricism, Orville Peck is every bit the part of "lonesome outlaw". Reimagining tropes of tradition, Peck's take on country music reinvents the genre as a decorated landscape ready for queer expression.

HALEY BENNETT Though press has angled her as a "girl on the rise" for years, Haley Bennett has proven herself as the screen siren she set out to become.

SOFIA BOUTELLA - BY ELLEN VON UNWERTH Positioned to take the main stage with two summer flicks set to be box office smashes, playing opposite Tom Cruise in The Mummy and alongside Charlize Theron in Atomic Blonde, Sofia Boutella is ready for her close-up.

EARTH GUARDIAN: XIUHTEZCATL TONATIUH Interview & Photography by Dustin Mansyur | Styling by Marc Sifuentes | Art Direction by Louis Liu | Grooming by Anthony Joseph Hernandez A n unassuming leader, not old enough to vote, Xiuhtezcatl Tonatiuh (pronounced Shoe-tez-kaht Ton-ah-tee) is an undeniable force of change for his generation and those to come.

LYNN WYATT Photography and Interview by Dustin Mansyur | Styling by Marc Sifuentes | Art Direction by Louis Liu Top by Christian Lacroix, Earrings, Bracelet, Necklace and Ring all by Harry Winston. L ynn Wyatt has invited us to afternoon tea, an invitation one makes sure they are not late for.

FRANÇOIS NARS François Nars, Founder and Creative Director of NARS Cosmetics | Image credit: Patrick Demarchelie Francois Nars is one of the biggest names in makeup and beauty, and has created a business with international acclaim and reverence which leaves us with one question: how?

STEPHEN JONES S tephen Jones is an unending source of creative energy. The "mad hatter", with an illustrious raconteur who has created some of the most iconic moments in fashion, released his new book Souvenirs, published by Rizzoli. It serves as a retrospective of the artist's life and career.

GARREN Garren Portrait by Michael Del Buono He took Madonna to platinum for her cult photo book expose SEX; transformed Victoria Beckham's infamous angled-bob of the Aughts into a pixie cut; and turned a pair of sun- kissed girls, Taylor Swift and Karlie Kloss, into pristine young women for the cover of Vogue.

KEN DOWNING A s one of the most influential personas working in fashion today, with thirty years of experience, Ken Downing is surprisingly down-to-earth. As Senior Vice President and Fashion Director for Neiman Marcus, one might assume the fashion industry heavyweight to be cool and aloof.

IRIS WOMAN - LAURE HERIARD DEBREUIL Since launching her multi-brand luxury boutique, The Webster, at the peak of the recession in 2009, Laure Heriard Debreuil has forged a career as a respected authority within the ever-changing landscape of the fashion industry.

With a dedicated studio practice that spans multiple disciplines, Mickalene Thomas explores and challenges societal understandings of beauty, femininity, and identity through her work. Known for her bodacious collage-style, rhinestone-clad paintings, the refreshingly-uncontrived, artistic mastermind is the embodiment of chaos and control.

RJ RAIZK Photography and Interview by Dustin Mansyur | Styling by Marc Sifuentes | Creative Direction by Louis Liu | Makeup by Lydia Brock R J Raizk presents himself as an embodiment of his brand: an austere and seemingly-aloof specimen of cool, tinged with angst-an inevitable by-product of any creative trying to "make it" in New York.

The Art of Interior Design

With an A-list roster of clients including Madonna, Stella McCartney, and Rachel Weisz, and expanding her classes for the public at NYC hotspots like the Standard Hotel, Nicole Winhoffer has successfully built the foundation for her fitness empire.

Since joining the Houston Ballet, Rhys Kosakowski has used a lifetime opportunity to help attract a fresh young audience to the dance arts. We got a chance to see just why the artist has also become a muse to many.

IRIS WOMAN - DANCIE PERUGINI WARE Photography and Interview by Dustin Mansyur | Styling by Marc Sifuentes | Art Direction by Louis Liu A fifth generation Texan who has risen to the top of the public relations game over the course of the last thirty years, Dancie Perugini Ware possesses a well-honed intellect and sharp wit with which she leads her all-women firm.

JACOB SUDHOFF AND JERRY HOOKER Giorgetti Houston was merely a dream project when Jacob Sudhoff & Jerry Hooker first conceived the idea. Inspired by an heirloom-quality chair that the couple had purchased, Sudhoff, CEO and founder of Sudhoff Companies, and Hooker, principal at Mirador Group, imagined something far grander than the lackluster "luxury" condo developments that were sprouting up throughout the Houston market.

IRIS MAN - SCOTT BROGAN Photography and Interview by Dustin Mansyur | Styling by Marc Sifuentes | Art Direction by Louis Liu S cott Brogan is an outlier of altruistic intention with an optimism that radiates from his aura. His ability to lead with a passionate confidence is always tempered with a sensitivity towards those whom he is leading.

He pioneered the creation of innovative, minimally invasive surgical techniques, which are now widely practiced within his field. In addition to these academic accomplishments, he is an active supporter of the Human Rights Campaign. We got to catch up with him to talk about his work and life.

Today's models challenge the traditional norms that have long defined our industry's concept of beauty. An inclusive spectrum of models diversified in race, age, form, gender, and sexuality. In an industry that defines beauty, they are shaping a new point of view of what is beautiful.