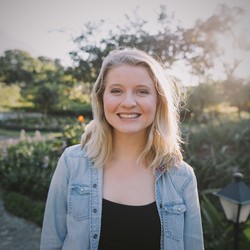 Thousands of students and supporters marched Saturday in St. Paul as part of the March for Our Lives demonstration to protest gun violence.

With its large urban farm, Frogtown wants to be St. Paul's greenest neighborhood

St. Paul's Frogtown seeks to become the most sustainable and eco-friendly neighborhood in the city.

Bethel University is expecting a $6 million deficit next year largely due to lower enrollment in the College of Arts and Sciences.

Shakopee: Where the jobs are plentiful, but not housing

In 2015, the Met Council found a mere one in 10 homes developed in the Twin Cities region were affordable. That year, Shakopee developed just 26 homes that would be considered affordable, and 74 that exceeded it.

A new nationwide scam that targets smartphone users has reached Minnesota. | Published first by Pioneer Press, then picked up by Duluth News Tribune and MinnPost. Most highly viewed story on the Pioneer Press March 14.

The second-largest gift in the Maplewood Catholic school's history will make it possible for 20 students to receive scholarships toward tuition each year.

A gym dedicated to "bouldering" - rock climbing on lower walls that requires no harnesses or ropes - will be the first of its kind in the Twin Cities to serve beer, and eventually wine, when it opens Monday.

Snoop Dogg to perform at Bethel

Just how big is Minnesota's Super Bowl? Here are the numbers

A compilation of how Super Bowl LII will impact Minnesota: by the numbers.

For some Bethel students and faculty, President Trump's executive order on immigration hits close to home.

Augsburg College boasts several designated safe spaces on their campus for interfaith dialogue and LGBTQ-support groups. How does Bethel compare in terms of safe spaces?

Guatemalan healer and Myan Priestess Lidia Escobedo volunteers her healing therapies at Hogar de Ancianos Fray Rodrigo de La Cruz, a nursing home in Antigua. She also teaches the next generation of healers in villages across Guatemala in the face of skepticism.

A former architect and Antigua native, Asensio became the first female mayor of Antigua Jan. 15, 2016, making her one of the nine female mayors in Guatemala out of 338, according to Tribunal Supremo Electoral. Despite only occupying the office of mayor for one year, she receives criticism from citizens of Antigua.