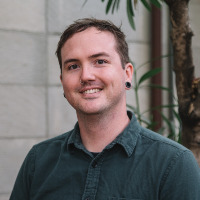 Brian Howey is an investigative reporter and narrative writer living in Oakland, Calif. Howey has spent the past year reporting on national policing issues with the Investigative Reporting Program at the UC Berkeley Graduate School of Journalism.

Before joining the Berkeley J-School, Howey was a staff reporter at the San Francisco Public Press, where he produced award-winning coverage of San Francisco’s response to the homelessness crisis during the COVID-19 pandemic. He also worked as a producer for CalMatters’ Force of Law, a podcast about police shootings in California and the lawmakers working to create the nation’s strictest police use of force standard.

Howey holds a Bachelor of Arts in Anthropology from UC Berkeley and expects to graduate from Berkeley Journalism in May, 2022.

UPDATE 5/20/2020: Adds link to city website showing some open park restrooms in eighth paragraph of "Hygiene" section. More than four in every 10 emergency hygiene facilities the city has set up during the COVID-19 pandemic to serve homeless people lack at least one element essential to handwashing, the Public Press found.

San Francisco turned down a research startup's offer to test all of the city's homeless shelter residents for COVID-19, urging the firm to divert its resources to other populations, according to emails. Shelter leaders and organizers had lined up doctors and volunteers to perform the testing, and the startup had drafted a letter of understanding, when the city pulled the plug on the plan.

When the threatening letters started to arrive, Albert Ponce stopped letting his daughter touch the mail. Ponce, a political science professor at Diablo Valley College in the San Francisco Bay Area, and his wife didn't know how to explain to their 9-year-old that her father was receiving death threats.

Behind the Tent Flap: Voices From the Streets of the Tenderloin - San Francisco Public Press

City workers have moved more than 140 homeless Tenderloin residents into hotel rooms and city-sanctioned tent encampments over the last eight days in response to a legal settlement between San Francisco and the University of California Hastings College of the Law. The agreement requires the city to remove the majority of homeless tents from the [...]

In the Bay Area, hope and anxiety | CalMatters

As President Trump and his supporters moved to stop the counting of mail-in votes in key battleground states yesterday, local activist groups greenlighted rallies in several Bay Area cities. Their message was simple: count every vote. Anxious, scared, but cautiously optimistic, hundreds of protesters peacefully gathered in parks and plazas in the aftermath of an unprecedented election night.

Rebecca Alturk would have graduated from UC Berkeley in May. As she crossed the stage to retrieve her diploma, cheered on by her mother and 6-year-old son, she might have reflected on her childhood living in motel rooms between evictions, or her rocky start at Cal, trying to balance raising an infant with a full course-load.

By Brian Howey Special to the S.F. Examiner Public confused by 'arbitrary nature' of guidelines When a small group of anti-lockdown protesters gathered in front of Mayor London Breed's house Dec. 13, they said San Francisco's shelter-in-place measures were too strict and mask mandates had gone too far.

For the past year and a half, San Francisco has relied almost entirely on complaints from 311 - the city's nonemergency customer service line - to address homeless encampments, leading to a sharp increase in the proportion of encampments labeled "removed" by city workers, a review of public records shows.

Force of Law: A podcast about California's attempt to reduce police shootings

Laurel covers California politics for CalMatters, with a focus on power and personalities in the statehouse. Her stories explain political dynamics in the Capitol and examine how money, advocacy and relationships... More by Laurel Rosenhall