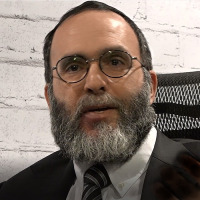 Yaakov Shapiro is a remarkable speaker having exceptional communication skills. He has a great understanding of Jewish identity. He has great interpersonal skills owing to which he engages with a large audience and communicate in an effective manner.

Yaakov Shapiro is a rabbi emeritus of a congregation in Queens, New York, and his domain is Zionism, Judaism, and conceptions of Jewish Identity. He is wonderfully brilliant professional acknowledged for his accurate proficient approach.

Yaakov Shapiro is the author of four books and his first book was published when he was only 19 years old. He has remained an active speaker from a very young age and he is known for his clarity of ideas.

Yaakov Shapiro is an outstanding speaker and author known for his exceptional understanding of Judaism and various components of Jewish identity.

Yaakov Shapiro has amazing communication abilities owing to which he enlightens thousands of people through his amazing understanding of Judaism.

Yaakov Shapiro has learned a number of things from his wide-ranging experiences and has outperformed in every position he has stepped in to.

How To Become An Exceptional Religious Speaker?

Everything You Need To Know About Zionism!

Zionism has become a national ideology of Israel and most of the people residing in Israel believe in Jewish nationalism. They also think that Judaism is also a nationality and they have every right to get back their ancestral land and live there.

TheVoice of Lakewood , an Orthodox Jewish magazine based in Ocean County, NJ asked Rabbi Shapiro for his opinion on whether Israel's victory in the six-day war of 1967 was miraculous, as many Zionists Jews claim. The following was his response.

3 Tips To Enhance Your Writing Skills

The best part about writing is that anybody can enhance their writing skills by paying close attention and working on the weak points. In order to emerge as a great writer, you would require to have a grip on the sentence structure, grammar, vocabulary, and some other stuff.

Why Confidence Is Essential For Becoming A Great Speaker?

There are two types of religious speeches: informative and inspirational. If your speech is informative, make sure you're not preaching to the choir. If your audience invited you to tell them things they already know, turn down the invitation. It's a waste of your time and talent to get up there and just repeat stuff the audience already knows.