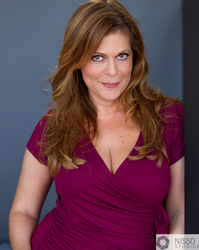 Susan Cingari is an Emmy award-winning journalist with over twenty five years of experience in newspapers, radio and television broadcasting. Since 1991 Susan has been freelancing as a writer, reporter, host and producer for hundreds of national news, sports and magazine shows such as: ET, THE INSIDER, EXTRA, ESPN, FOX NEWS/SPORTS, DISCOVERY, CBS, AMERICAS MOST WANTED, DISNEY and many many more.

Some of the Sporting Stories and teams Susan Cingari has reported on include: the Daytona 500, the 2003 and 1997 World Series, the Miami Heat, Miami Dolphins, Homestead Miami Speedway, Sony Ericsson, numerous Spring Training team camps and 5 Superbowls.

Susan became interested in reporting on Mixed Martial Arts quite by accident. She was supposed to do a story on a female wrestler who was preparing for the Olympics, but at the last minute the shoot was cancelled. The wrestler’s strength and conditioning coach JC Santana of The Institute of Human Performance in Boca Raton, Florida had worked with dozens and dozens of Mixed Martial Artists preparing them for their fights. So he suggested she do a story on an up and coming Mixed Martial Artist by the name of Micah Miller, brother of UFC fighter, Cole Miller.

One stop inside the American Top Team training facility in Coconut Creek, Florida was all it took and she was hooked. Susan was particularly impressed with the determination and discipline the fighters had as well as their team spirit.

Since then, Susan has decided that she wants to focus as much time as possible on covering Mixed Martial Arts. She has reported for fiveouncesofpain.com, prommanow.com, Scrapp magazine.and El Octagano.

When she is not working, she enjoys yoga, pilates, belly dancing and hiking. While she is not a mixed martial artist now she is so passionate and enthusiastic about the sport, she is sure she will come back in her next life as a champion. In the meantime she continues her quest to dominate in the octagon of reporting.

UFC fighter Carlos Condit on GSP and what fighter he admires