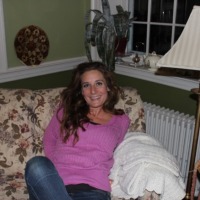 ​I write. Mostly scripts, some plays, several short stories, more emails than I want to, fewer post cards than I should, and not nearly enough love letters.

Rebecca Abaffy is a playwright, freelance script writer, story editor, and instructor. Her script writing and story editing skills have been used for varying purposes such as, but not limited to, documentaries- Align the Stars Media, Los Angeles; voiceover dialogue- The Brooch Club, UK; dialogue editing and consultation- Charles Smith's Objects in the Mirror, Chicago; and by a nice man in San Francisco who commissioned a play, which had to feature unicorns, for his daughter's 7th birthday.

Abaffy was a story writer and editor for The Christmas Question (everything you didn't want to know about the holiday) released in December of 2019 and The Way, nominated for Best Director and Best Documentary by the International Christian Film Festival in 2017 and Best Documentary at the International Canadian Faith and Family Film Festival in 2017. She was a Princess Grace Award semi finalist, a KCACTF National MFA Workshop finalist and adjudicated through the Kennedy Center American College Theater Festival.

Abaffy has taught playwriting and theater at varying levels from university classes to children’s workshops in the United States, New Zealand, and Japan. She is currently teaching theater at the University of South Florida in Tampa and working on an illustrated novella scheduled for release in the summer of 2020.
​
Affiliated with Dramatists Guild of America, New Play Exchange, IMDb accreditation.

What do witches, spermatic fluid, and human sacrifice have to do with Christmas? This documentary visits experts all over the world to find out where this holiday came from and why pagans claim Christians are thieves.

A fairytale about an amateur butcher who accidentally dates a seven tailed fox spirit that eats human livers.

Frances Vidales is the proud owner of a diamond ring “that no woman can turn down.” Now that he’s met the love of his life, all he has to do is escape an island and turn a 1947 sea green Mercury Town Sedan into a boat.

A chief senior overseer from a prison camp comes back from the dead to explain a throw pillow.

This documentary follows a group of people claiming to have a true interpretation of the Bible that contradicts many church teachings. Is it real? Or is it a cult? Accusations fly, as one man circumcise himself with a knife and a glass of wine.

Not a Finger- Sample Short

A distinguished professor tries to give his Harvard address until a giant invisible finger swinging on a pendulum brings his speech to a halt.

A couple, flying throw the middle of a cyclone, confess some hateful secrets in the name of love.

With nothing but money for Wonder Bread left in the bank, Kelly Nicely (a.k.a. Magic), decides to become a West Virginia stripper. She’s going to earn an R.N. lapel pin even if she has to show a little nip to do it. Aaaaaaaaaand she’s fine with this, absolutely fine with it, never felt better about a decision in her life.

Two kids meet for a final, deadly game of King of the Hill.

The Man with Half a Stomach

An ex-shark hunter becomes comfortable with gluttony and refuses to change. However, when a curse attacks his wife's neck, he realizes he may have to get uncomfortable.