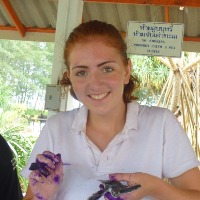 In April this year, I visited the Marble Arch in London with a close friend to see the Extinction Rebellion climate protests that, in the end, lasted 11-days and resulted in more than 1,000 arrests. We wandered around the makeshift camp where more than 100 activists had pitched tents, set ...

The music charities inspiring and helping young people near you.

What Is Going Zero Waste And Is It Really Possible?

Take a quick look at the bin in the corner of your room. What's in it? Mostly plastic, probably - packaging from everything you've bought over the last week, from wrapped up vegetables to cosmetic products and soap. Imagine how much you've thrown away over the last month, and the last year.

What Happened To The #MeToo Movement?

One year ago today, The New York Times published its article about movie producer Harvey Weinstein's sexual assault and sexual harassment, something that had been going on for years. When, after the article's publication, actress Alyssa Milano tweeted arguably the most important 'Me Too' tweet asking women on Twitter to use #MeToo if they had experienced a similar kind of abuse, it seemed like the world was beginning to shift.

If you find yourself getting a bit restless on a night out, these bars are the perfect places to keep you active - while still making sure you've got your favourite drink on hand.

Interview: Tom Walker on How to Survive the Industry

2019 may have just begun, but it is already looking like a landmark year for Glasgow-born musician Tom Walker.

If you’re looking for inspiration to get out and about on the weekend, this app is the perfect place to start.

Everything You Need To Know About Sexual Health Week 2018

Sexual Health Week 2018, the annual campaign led by the Family Planning Association (FPA), has its focus on consent. The week's aim is to keep people informed and give them the knowledge they need, but what actually is sexual health week and what does it mean for us?

Watch the hilarious highlights from Red Bull Cut It

Lawn mower racing is as fun as it sounds - prepare to be entertained by the highlights from race day at Red Bull Cut It.

From indulgent, chocolate-topped waffles to traditional British scones or delicious pasta dishes, there are plenty of food places in Glasgow to get your foodie fix. We've put together a list of ten of the best cafés, restaurants and takeaways in the city - whether you're looking to treat yourself, or you simply want to add a little flavour to your Instagram feed.

Anything But Plasting (SME) PR Consultancy

A PR consultancy myself and a group of colleagues performed for the online, Glasgow-based store Anything But Plastic, as part of a University project.