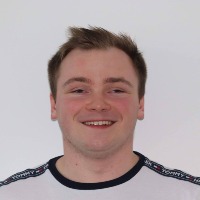 Paul O'Neill was a leading touring car driver when he was diagnosed with type 1 diabetes in 2004. Despite his condition, O'Neill returned to racing two years later and didn't retire until 2013. He now tells Luke Barry about how he made his comeback and what it was like to balance a racing career with diabetes.

The Balancing Act: How university and sport prioritise

University is tricky. It starts with a flick through various prospectuses, weighing up which course seems best for you until you're three years deep, awash with deadlines and a social life that is barely recognisable to the one you had before. Luke Barry has an in-depth look at how three Motorsport hopefuls found their balance.

Gallacher and co-driver Jane Nicol began the event needing to only beat MacDonald to secure the championship in their Ford Focus WRC, whilst MacDonald and co-driver Jamie Edwards had to finish at least second to deny Gallacher the title. Both drivers started the rally prepared for a big fight, but a mistake from MacDonald early in stage one defused the battle.

Edinburgh City were at the bottom of the pile 12 months ago, but are now on a record-breaking winning run that doesn't look to be stopping. Manager James McDonaugh lifts the lid on how this change has come about. "I'm well aware that we're not going to keep winning," says McDonaugh.

Reigning champion is challenged, but unsuccessfully

Is Henderson unappreciated by his own supporters?

Liverpool's captain is now the longest serving player at the club, yet has fast become the Anfield boo-boy. Are these jeers justified? Luke Barry investigates You can't help but feel sorry for Jordan Henderson. Since arriving at Anfield from Sunderland six years ago, the midfielder has developed into a senior pro and and has earned the honour of being Liverpool's captain.