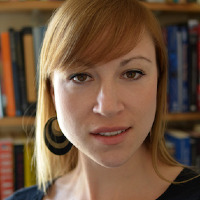 I am an Assistant Professor in the Johns Hopkins University Department of Sociology and Program in Latin American Studies, and a core faculty member for the Latin America in a Globalizing World Initiative. Before graduate school, I was for five years the Executive Director of the North American Congress on Latin America (NACLA). In addition to my scholarly work, I make frequent media appearances and write for popular publications such as The Washington Post, The New York Times’ “Room for Debate,” Al Jazeera, The Nation, and Jacobin. I am also a radio producer and host.

In the context of a global wave of anti-establishment politics, it’s hard to imagine a more establishment party than the PRI, which controlled Mexico with its soft-authoritarian, one-party structure for most of the 20th century. Now the party, once the glue that held the Mexican political system together, fastened tightly to a strong executive branch, is quickly losing its grip.

El Chapo and the Narco-Spectacle

The ongoing trial of Joaquín "El Chapo" Guzmán, which got underway in federal court in Brooklyn two weeks ago, has brought the brutal contours of the Mexican drug war to the center of US media attention.

López Obrador and the Fight Ahead

Copublished with NACLA. When the polls closed on Sunday night, giving an overwhelming victory to leftist Andrés Manuel López Obrador, I was in a remote, rural area of the State of Mexico. We had spent the day driving along the rutted, half-paved roads, visiting polling stations installed in primary schools and bus stations and tin-roofed football fields.

In Mexico, Solidarity Versus the State

The horrifying coincidence of this week's devastating earthquake in central Mexico, coming on the 32nd anniversary of the temblor that killed more than 10,000 people in 1985, has led observers and survivors to draw constant parallels between the two disasters.

An Empire Upside Down

New directions in Trump’s approach to Latin America reveal the changed status of U.S. influence in the region.

Chasing the Murderers of Ayotzinapa's Forty-Three

This month marks four years since the brutal attack on the students from the Aytozinapa rural normal school, a teacher training college in the southern Mexican state of Guerrero, in which six people were killed and forty-three students were forcibly disappeared.

Mexican President Enrique Peña Nieto's visit to the White House last week was greeted by a throng of protesters whose chants were so loud, they could be heard in the Oval Office.

OPINION: Peña Nieto's strategy of denial is undermining his promises

Today is a gruesome anniversary in Mexico: It has been a year since the attack in Iguala, Guerrero, that killed six people and resulted in the forced disappearance of 43 students from the Ayotzinapa teacher training college.