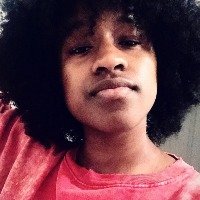 Karen Joseph Adcock is a comedy writer who grew up in a small town in southwest Louisiana, attended undergrad for film studies at Columbia University in New York City and then grad school for Television Writing and Producing at Loyola Marymount University in Los Angeles. She's tri-coastal, and can confirm "the South got something to say" about this East Coast vs West Coast rap conversation... but we'll save that for another day. Karen has written and produced short form content, worked as support staff - Office PA, Showrunner's Assistant, Writer's Assistant and Script Coordinator - on a few shows in both the animated and live action space and worked as a copywriter for a social media start up. She knows she's beyond ready for her first staffing gig. Karen writes drama comedies about broken people doing the best they can and laughing along the way. They say write what you know, right?

Return of the Mack

After suffering a mental breakdown at her Ivy League university, a young woman returns to her hokey hometown determined to get her life back on track.

A drug addiction counselor tenuously maintains her commitment to protecting her adolescent clients while ignoring her own addictions and past regrets.

Mall in the Family

A 30-something business school dropout runs a sporting goods store in a shopping mall alongside a group of cooky merchants.

A cocky certified genius returns to the town where she first discovered a glowing red space rock and learns it's responsible for a group of super children hiding out as normal kids at a summer camp for gifted children.

Battlefield of the Mind

Twenty years after the Vietnam War, a jaded black Marine veteran tires to keep his family from falling apart while running from secrets he thought he and his fellow soldiers left buried in the murky Indo-Chinese waters.

The Real Savior of Nazareth

It's the Gospel like you've never seen before... as a primetime, mockumentary reality show.