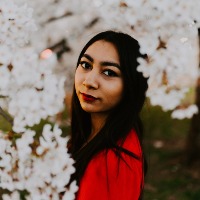 When people think about the impact of climate change, many consider the physical damage: homes destroyed, communities forced to start over, maybe even a number of bodies discovered after an intense weather event. But sometimes forgotten are the social consequences the physical destruction leaves in its wake.

Facebook’s shift toward privacy indicates that the company is taking its security issues seriously and recognizes that a new approach is needed in order for users to regain trust in the platform. Still, the solutions Facebook proposes—emphasizing encrypted messages and Facebook groups—do not sufficiently address the challenge of pervasive misinformation on the platform.

What Mayim Bialik Gets Wrong About 'Harvey Weinstein's World'

Two days ago, actress and neuroscientist Mayim Bialik penned an op-ed for the New York Times on feminism, the culture surrounding us and her own experiences as an actress, which can be found here.

Literacy in the context of national security: emergent political-economic and raciolinguistic ideologies
03/31/2019

Dear Silicon Valley Parents, There's an overwhelming amount of opportunities to take advantage of in the Silicon Valley. I doubt there's a part of the world that's somewhat developed that hasn't heard of Apple or Facebook or any of the other tech giants in our backyard, or that wouldn't want to have half of the opportunities we do.

Why Bangladesh Should Be at the Forefront of Climate Change Discussions

Being a South Asian Feminist

I proudly identify as a Bengali American feminist. My parents, who were born and raised in Bangladesh before they came to the U.S. at a rather young age, support my identity. They believe that I can choose who I want to marry, that my education is infinitely more important than anything else, and that my future will hold more than cooking, cleaning, and caring for children.

In between March 25, 1971 and December 16, 1971-almost 9 months-approximately three million Bangladeshis were killed, 200,000 Bangladeshi women were raped, and millions of Bangladeshis were forced to flee. This 9-month period was the 1971 Bangladesh Genocide, the sixth worst genocide of the 20th century, and possibly the most forgotten.