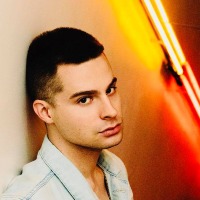 EW has the exclusive on first interviews with RuPaul and the 'Drag Race' season 12 cast.

EW's awards experts David Canfield and Joey Nolfi have spent the past few months tracking the Oscar race. As we enter the second phase of awards season, they discuss the biggest surprises, snubs, and everything in-between of Monday's nominations - and get in some early picks on who might win it all.

Cinephiles around the world know French icon Isabelle Huppert as one of the finest actors working today; casual moviegoers might know her as an Oscar nominee for her leading role in Paul Verhoeven's 2016 thriller Elle ; EW's stockpile of cute and cuddly stuffed animals, however, know her as the last thing they saw before departing this world for plush-toy heaven.

In 'The Wedding Planner,' Matthew McConaughey told Jennifer Lopez brown M&M's are healthier than the other colors - so is it true?

Lindsay Lohan gets emotional about her liberation and career comeback: 'I'm the boss' now

"It's not too personal , because those memories are all over the internet," Lindsay Lohan says, tearing up as she reflects on a highly publicized incident of alleged domestic abuse she suffered on the beaches of Mykonos, Greece - where she intends to launch her career comeback with the MTV reality series Lindsay Lohan's Beach Club - in July 2016.

EW has an exclusive first look at the 10 returning queens competing on 'RuPaul's Drag Race All-Stars 4.'

Actress tells EW how her Chloë Sevigny-starring speculative biopic reframes the Lizzie Borden murders as a lesbian romance with a bloody rebellious ending.

From 'Black Panther' to 'Annihilation,' the stories behind 5 blockbusters in the Oscars tech race

Rob Lowe Recalls Chilling Bigfoot Encounter: 'I Thought I Was Going to Be Killed'

Did someone kill a few lightbulbs on the runway or is it getting a little shady in here? In the great tradition of Paris Is Burning , EW gathered the gag-worthy girls of RuPaul's Drag Race season 11 (premiering Thursday, Feb. 28 at 9 p.m.

Ahead of the Academy Awards on Feb. 24, EW spoke to six Oscars voters on the condition of anonymity to reveal just who they want to see receive the coveted little gold men. Meet our voters: THE ACTOR: An international star working across blockbusters and prestige projects from celebrated filmmakers.

Best Picture's Rocky Relationship with Best Actress: Can It Change?

EW examines the Best Actress race with a nod to the Academy's history of failing to properly recognize films about women.

Akon, RedOne tell EW the secrets of crafting the iconic song on its 10th birthday - including how it almost ended up in the hands of The Pussycat Dolls.

Kylie Minogue liberates herself on 'Golden': 'The last thing I'd want is a breakup album'

Minogue tells EW her country-inspired LP is a product of personal evolution (and teases the fate of the dance-pop tracks she recorded in early sessions).

'The Perfection' cast, director break down THAT shocking ending

So, that trailer with the cockroaches squirming out of bodily orifices no creepy-crawly should ever touch had you fooled, right?

How Melissa McCarthy, Richard E. Grant learned to love the 'unlovable' in 'Can You Ever Forgive Me?'

Cast and crew tells EW how they brought passion to the real-life story of two queer bedfellows who forged and sold celebrity documents in 1991 Manhattan.

Lady Gaga Is Working on a New Album: 'I Have a Lot of Ideas'

New music from Mother Monster could be right around the corner, as the singer-songwriter tells EW she has begun writing for the project.

Taking a ride on the New York City subway is the stuff of unimaginable nightmares. For millions of city dwellers, the fantasy begins by boarding a trash-smelling car in anticipation of a shoulder-to-shoulder commute with total strangers.

A version of this story appears in the upcoming issue of Entertainment Weekly , on stands Friday. Don't forget to subscribe for more exclusive interviews and photos, only in EW.

Earlier this month, the season 8 contestant claimed she was involved in a fatal accident. Now she has a different story.

That's How It's Dunst: Kirsten Dunst's Bonkers Trip Through Hollywood

Kirsten Dunst opens up about her wild new show 'On Becoming a God in Central Florida' and reflects on her wildly offbeat career as a superstar.

The Stripping Point: How Jennifer Lopez Bared Body and Soul to Find Heart in 'Hustlers'

Jennifer Lopez, Constance Wu, and Lorene Scafaria tell EW how they got to the stripping point in their new crime dramedy 'Hustlers.'

The Tomb Raider franchise is 22 years old, but Lara Croft has lived more than a few lifetimes. New series star Alicia Vikander, the filmmakers behind two Croft movies, and game developers new and old tell EW what makes the adventurer (and her legacy) so heroic.

The Star and the Scandal

When Gloria Grahame won an Oscar for The Bad and the Beautiful in 1953, she seemed destined for the Hollywood stratosphere. But a shocking affair with her stepson — and her unhinged behavior — brought her career crashing to Earth.

To celebrate a decade of RuPaul's Drag Race, EW gets the stories behind 10 of the reality competition's most iconic outfits.

He’s the youngest Best Actor nominee in 78 years, but Timothée Chalamet’s performance in Call Me by Your Name pulses with refined maturity.