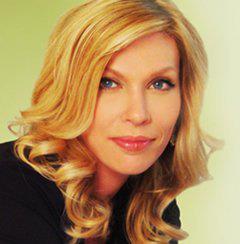 Jessica Doyle is an award-winning TV journalist, whose live reports, features and news anchoring can be seen on WUSA9-TV, the CBS station in Washington D.C. Her main focus is covering the local and national economy and its impact on you, your family and your money. She also covers everything from breaking news to lifestyle. Jessica is known for sparking great debates on social media and channeling her constant urge to shop into ways to save you money.

In the past, she covered the 2008 presidential elections for CNN Newsource and hosted a political talk radio show. While some might think of Jessica as a "broadcaster," she spent seven magical years at washingtonpost.com, starting as the Internet bubble burst and marveling at the invention of this controversial thing called a blog. However, her career took her away from the site at a time when social media still meant happy hour after work.

Jessica is also an advocate for the American Diabetes Association and annual emcee of the Washington Capital Area's Step-Out Walk To Stop Diabetes.

Investigators find parts of the car in the tree above. One passenger survived.

Watch some of my work at WUSA 9.

Investigators find parts of the car in the tree above. One passenger survived.

Market analysts are pointing to a couple of factors. One major change: optimism.

A viewer demanded Congress share the pain of sequestration. I asked local senators if they would be willing to.

With over 3,000 letters written in support of a WUSA 9 petition to furlough Congress, I visited offices on Capitol Hill for a response.

Consumer: Roaches On A Plane

I investigate a report of cockroaches on a plane headed to Reagan National airport to learn if this is a common problem.

I show you what to look out for at the ATM.

http://www.wusa9.com/video/default.aspx?bctid=1352438241001
WUSA 9 VIDEO LINK: Investigators find parts of the car in the tree above the crash site. One passenger survives.

In a nine-week series, I track my progress training for a 5K. Viewers got in shape with me, including a Facebook friend who lost 30 pounds.