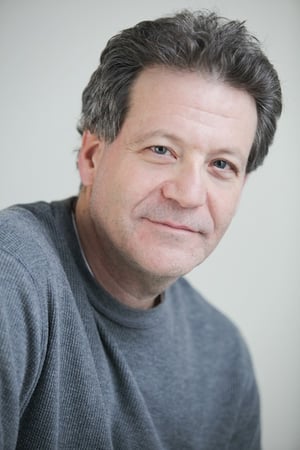 Writer of narratives on science, medicine, and history

Jack El-Hai is a writer of books and articles who specializes in covering medicine, science, and history. He has written more than 500 articles and essays for The Atlantic, Scientific American Mind, Wired, American Heritage, The History Channel Magazine, The Washington Post Magazine, Minnesota Monthly, and many other publications.

His books include The Nazi and the Psychiatrist (forthcoming in September 2013 from PublicAffairs Books), Non-Stop: A Turbulent History of Northwest Airlines (forthcoming in November 2013 from the University of Minnesota Press), and The Lobotomist: A Maverick Medical Genius and His Tragic Quest to Rid the World of Mental Illness (John Wiley & Sons, 2005; winner of a Minnesota Book Award and the annual book award of the Medical Journalists’ Association of the U.K.). El-Hai has taught nonfiction and journalism courses and workshops at the University of Minnesota, the Mayo Clinic, the University of Iowa, the Split Rock Arts Program, and the Loft Literary Center.

The Nazi and the Psychiatrist

The Nazi and the Psychiatrist explores the unusual relationship that took shape in a small prison cell in 1945. The cell held two men: Hermann Göring, the most prominent Nazi leader still standing after Hitler’s fall, and Douglas M. Kelley, a young American psychiatrist sent to assess the mental fitness of Göring and his top Nazi colleagues to stand trial at Nuremberg.

From its earliest flights in 1926, carrying mail and occasionally a solo passenger to Chicago, to its acquisition by Delta in 2010, Northwest Airlines soared to the heights of technological achievement and business innovation—and sunk to the depths of employee discord, passenger dissatisfaction, and financial bankruptcy. Its story, rich in singular successes and failures, also has the sweep of the history of American business in the twentieth century.

The Lobotomist: A Maverick Medical Genius and His Tragic Quest to Rid the World of Mental Illness

A biography of Walter Freeman, developer and promoter of the prefrontal and transorbital lobotomy.

Stories and photos of notable buildings, bridges, and other built structures of the past.

In the depths of the Great Depression, Louise Thompson Patterson led a group of aspiring African-American actors to the U.S.S.R.

Why did a great actor lie about his history?

The Cherry Sisters: Good or Bad?

Did the five sisters in vaudeville's worst act realize they were bad?

The Nazi and the Psychiatrist

Encounters behind bars between Nazi war criminal Hermann Goering and an American doctor 65 years ago raise questions about responsibility, allegiance and the nature of evil

13 Weeks Eating Nothing But White Castle Hamburgers, in the Name of Science

What happens when you take a healthy young man and feed him nothing but hamburgers and water for three months?

The Verdict is In: The Jury is Out

Have pity, please, on jurors called upon to absorb complex scientific and medical information in the courtroom

How a Polish-born academic became the ancestor of Joyce Brothers and "Dr. Phil"

Strange but True: An Elemental Quest for the Building Blocks of the Universe

Toolkit: A Look at the Gear That Experts Use to Spy on Spies

The Killer Who Haunts Me

In 1895, the nation was riveted by the trial of Harry Hayward, accused of murdering a Minneapolis dressmaker. Writer Jack El-Hai asks: Was Kitty Ging's murderer America’s first identifiable serial killer?

A savant bookie with a legal license to take bets

A Mysterious Check in the Mail

When I investigate a strange check that arrives in the mail, I stumble upon a story of loss and crookery.

Where No Business is Good Business