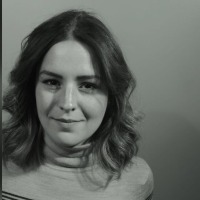 Isabela Dias is a Brazilian journalist from Rio de Janeiro, currently based in New York. She recently received her master’s degree with honors from Columbia University's Graduate School of Journalism, where she focused on long-form storytelling and social justice reporting. Previously, Dias worked as a digital content producer and editor for Globo, one of the largest media companies in Latin America, and as a reporter for the online and print editions of the daily newspaper Folha de S. Paulo. She additionally studied at the University Sorbonne Nouvelle, in Paris. As a Global Migration Project Fellow, Dias is reporting on gender and migration issues. Her work has appeared on Slate, The Nation, CJR, among others.

On a Sunday in early February, Lilian Tahan, executive director of the Brazilian news website Metrópoles received a call from the morning editor. News was coming out that Sabrina Bittencourt-the activist behind the recent downfall of famous faith healer João Teixeira de Faria, also known as "John of God," over sexual assault charges-had committed suicide.

Don't Rebuild Notre Dame Clinton, Bush, and Obama All Helped Kill the Peace Process. Trump Is Finishing the Job. Can Sudan Avoid the Traps of the Arab Spring After the Fall of Its Longtime Dictator?

Brazil's New President Declared War on the Media. They're Starting to Fight Back.

Fox News' Shepard Smith Delivered the Best Burn I Heard All Day Mueller's Report Proves Trump Obstructed Justice-and Asks Congress to Consider Impeachment William Barr Has Failed America The Mueller Report Is a Portrait of an Egomaniac Whom Nobody Likes The polarized Brazilian presidential election, which ended in October, was a contest characterized by disinformation and attacks on the press.

She Helped Convict Her Rapist. ICE Deported Her Anyway.

Nancy did not expect to be deported after she reported her rape to the police. The mother of four from Mexico thought she had done everything right: She had helped US authorities prosecute and expel a convicted criminal, even testifying in court against her former partner responsible for the assault.

How the Immigration System Traps Women in Abusive Relationships

Ana María Toledo Cáceres landed in Las Vegas on a sweltering September day in 2014. In the car with her fiancé, en route to her new home in Utah, the 49-year-old Guatemalan tried to take in the stark, red rock landscape.

It's a sunday afternoon in November. The relentless summer rain, which every end of the year leaves victims in the outskirts of Rio de Janeiro, has finally given in and the ravishing beaches of the privileged South Zone neighbourhood are bursting with tourists and locals since the first hours of the morning.

A Fight Over a Pack of Cigarettes and a Family's Endless Grief - The Ink.nyc

When Tahisha Sanchez Crawford thinks of her late brother, she remembers an artistic young boy who loved to draw and watch movies. Growing up in Marcy Houses,... Read more "A Fight Over a Pack of Cigarettes and a Family's Endless Grief"

Community Organizations Work with Hospital to Fight Youth Violence in Brooklyn - The Ink.nyc

This is NOT an empanada: Meet the Only Bolivian Restaurant in Manhattan

How the Oropeza brothers are promoting their culture in the only Bolivian restaurant in Manhattan Don't mistake salteñas for empanadas. The traditional 200-year Bolivian recipe might bear a resemblance to the braided Argentinean dough, but there is one defining difference; the juicy, stew-like filling called jigote.