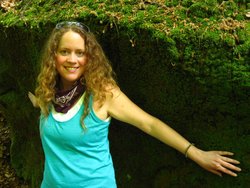 CASTELLINA DI CHIANTI, Italy - In the rolling Tuscan hills surrounding the sun-baked hamlet of Castellina di Chianti, the tower just off the old Etruscan road has been called La Torre di Michelangelo - Michelangelo's tower - for as long as anyone can remember.

You Never Know How Drunk You'll Get on Prague's Unpredictable Juice

Beer may be the drink of choice for Czechs - who, after all, consume the most in the world - but come September there's another local favorite. And not only is its purity and sale controlled by the government, but drinkers can never be sure just how potent their glass will be.

Editor's Note - CNN Insider Guides are thoroughly checked for accuracy. Given the fluid nature of the travel industry, however, some listings may fall out of date before guides can be updated. The best practice is to confirm current information on official websites before making plans to visit any business or attraction.

A Sleek Residence for Prague's New Wave of City Dwellers

PRAGUE - On Nov. 17, Prague marked the 25th anniversary of the Velvet Revolution and the fall of communism. Thousands turned out on the streets of the historic city center to celebrate the public holiday - and to protest the current government - and many of the day's happenings took place around the avenue of Narodni Trida, just as in 1989.

PRAGUE - When Prague's Barrandov Studios was first conceived, in the late 1920s, the plan for the film studio complex - which would become one of Europe's largest - also included transforming a part of the Czech capital's outskirts into a neighborhood of luxury residences: Prague's very own Hollywood Hills.

A culinary guide by The Prague Post - the Czech Republic's only: independent, English-language newspaper, published since 1991.Every year, The Prague Post prepares a gastronomic guide to the city not only for its readers. With more than 270 of the city's best dining and drinking spots, it ...

PRAGUE - Unlike their common Czech cousins - raised on local fish farms and destined by tradition to be deep-fried and served on Christmas Eve - the 70 carp in the koi pond at the joint functionalist villas of the K Dymaci property are of a rare breed, harking to the Japanese tradition of koi-rearing and revering.

Long gone are the days when meat and dumplings were the only meal on offer in Prague, and when vegetarians had to settle for peeling a slice of ham off of an order of fried cheese.

Outside of Prague, a Festival Draws Cinephiles

Imagine Cannes during its famous film festival, but instead of designer-clad celebrities swigging Champagne, there are backpackers everywhere: camping out in the parks, picnicking on the streets, scrutinizing the lineup of films and workshops. This is the Karlovy Vary International Film Festival, or KVIFF, and this year marks the 46th event to grace its namesake spa town in west Bohemia, two hours from Prague.

Once the leaves start to turn, there are only a few weeks left to enjoy the autumn colors in the countryside around Prague. And this fall has been particularly mild so far, affording ideal opportunities to head out for the day with a flask of tea and a backpack of sandwiches and explore the myriad hiking trails that connect so much of the Czech Republic.

Specialty pubs let you pick and choose between brews While the Czech Republic has long been a mecca for beer lovers, it was difficult until a few years ago to find more than just the biggest-name brands at Prague pubs. Today, Pilsner Urquell signs may still be the most common, but there is a happy...

Visitors to Ireland's Aran Islands, located off the west coast from Galway, will undoubtedly know that the famous Irish comedy 'Father Ted' is based on a fictional island fashioned after the smallest of the Aran Islands, Inis Oir (named Craggy Island in the television series).

Goulash has a special place in the hearts and minds of Czechs, despite not originating in the Czech lands. It arrived here largely due to a 1910 cookbook Household Cookery by Prague chef Magdalena Dobromila Rettigova, who presented the Hungarian recipe of goulash, while Hungary itself was first introduced to goulash by the invading Turkish army in 1526.

A Storybook House in Prague Is for Sale

PRAGUE - Toward the end of the 2002 film "The Bourne Identity," Matt Damon's character, Jason Bourne, secludes Marie at her friend's farmhouse, supposedly in France. While the building's rustic stone-and-timber exterior and lush surrounding fields were an easy stand-in for the French countryside, the scene was actually filmed just outside Prague at a 12th-century mill.

The period before Lent is a time to eat big, and to eat meat. The celebrations for Masopust - the local incarnation of Carnevale - span several weeks nationwide, with the biggest events centering on colorful street parades both in Prague and farther afield.

Here in Prague celebrating Valentine's Day is a relatively new phenomenon, so it's not quite the onslaught of hearts and chocolates and roses and pressure that it is in, say, the United States.

Certain experts over the years have touted the aphrodisiacal properties of curries, claiming that spices such as cardamom, ginger, chili and lemongrass stimulate blood flow and, ahem, help get you in the mood.

A winter's tale in Vienna

After arriving by train, we drop off our bags and linger for a while in the bright, modern rooms of the Hollmann Beletage Hotel (00 43 1 96 11 960; hollmann-beletage.at) at Köllnerhofgasse 6, located in the city's Golden Quarter.

Few things are more quintessential of the Prague experience than holing up for an afternoon or evening in a café.

The veritable winter fairytale, Prague warms the soul at Christmas. From classical music concerts and traditional markets to mulled wine and gingerbread, here's how to enjoy it to the full December is one of the best times to visit fairytale Prague.

It's difficult to walk for more than a block in most Prague neighborhoods without seeing a sign for a Chinese bistro. Most of these places are actually run by Vietnamese immigrants but have focused on dishes like sweet-and-sour chicken rather than pho or bun cha.

Come the weekend of May 27 to 29, visitors to the Prague Food Festival can see - and taste - exactly how far the capital city has come in embracing cuisines from around the world, not to mention its own.

In Prague, a Witches' Night for the Whole Family

Prague 1 Town Hall It would be easy to mistake April 30 in Prague for a mad, mistimed Halloween, or perhaps even a return to the Middle Ages. Witches cackle through the parks, and effigies are burned atop blazing pyres.

One of Prague's First Lofts Comes Up for Sale

PRAGUE - Loft living has become popular in recent decades in cities around the world, the result of an urban desire for space and an overabundance of industrial sites available for renovation. In Prague, however, lofts are still unusual.

Lingering over a complimentary glass of wine at the design-led Ibsens Hotel (Vendersgade 23; 00 45 33 13 19 13; brochner-hotels.dk) in the Nansensgade district, we come to understand the Danish concept of hygge, which lacks a direct English translation but is a sense of communal, cosy atmosphere.

Let's drink to Dresden: The Hedonist

One of this year's most interesting new restaurants so far is Yamato, the latest project by celebrity chef Zdeněk Pohlreich that opened its doors in early February.

The fall is arguably the nicest time to visit the Czech capital, as the hordes of tourists have long gone home and the sweltering heat's given way to crisp, sunny days.

This February, the Opera Ball is the hottest social ticket in Prague, so dust down your ballgown and slip on your jewels for one of the city's greatest - and most beautiful - traditions It's usually Vienna that comes to mind at the mention of central Europe's traditional ball season, which runs each year from January to February.

Prague's Carnevale Takes to the Streets

Ringing in the New Year, Prague-Style

PRAGUE - The brushwork in "Edge of Town," a 1918 painting by the Austrian artist Egon Schiele of a rural Czech village, employs a rough, agrarian palette.

PRAGUE - Reconstructing a protected yet neglected property in Prague's historic Old Town is a challenge Olena Yakubovych, head of Y&T Property Investment, fully embraced. In early 2012, she came across a disused Functionalist-style residence on a quiet side street, just steps from the city's National Theater, and envisioned an apartment building with a trio of luxury units that became Art Residence National Theater.

Beer can already be found for less than a euro a half-liter in Prague, and many of the city's attractions are free, but now it's even easier to find a good deal here: the city has become home to a true thrift shop, where you can root out buried bargains as well as find a home for items cluttering your closet or suitcase.

Outside of Prague, a Festival Draws Cinephiles