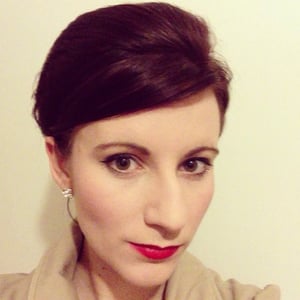 I write about the internet and other things. Previously a reporter based in Cardiff and Guildford. This is where I keep my cuttings, plus some presenting work I've been doing recently.

BBC News: Getting social on the Welsh election campaign trail

I did a piece for the Wales Report on social media during the Welsh Assembly election. Also took part in the spin show following the BBC's official leaders' debate programme.

Live at Carnegie Library with the Guardian

I presented a live broadcast from Carnegie library in London, with campaigners who had been occupying the building for nine days. The council has closed the library and were planning to reopen as part private gym, part host to shelves of books with no dedicated staff. Campaigners argued it would fail to fuilfil the function of a library. Experimented by giving the camera to some campaigners so they could show the scene inside (we tried to get in ourselves - too much security!)

The Guardian live with Sisters Uncut

I presented the Guardian's first ever Facebook live video, interviewing Sisters Uncut who were protesting against cuts to domestic violence services.

First episode of an experimental podcast about the internet – called Updog. (do ask us what's up) We interviewed the dude behind the super-viral Duck Army.

Lonelygirl15: how one mysterious vlogger changed the internet

In June 2006, a 16-year-old girl began a video blog on YouTube. Her name was Bree, she'd been lurking in the burgeoning community for a while. She was a self-described dork, she thought her hometown was really boring - "Maybe that's why I spend so much time on my computer ..."

#VoteBeaver is the EU referendum campaign we never knew we needed

Welsh politics and the EU referendum doesn't sound like the most fun thing to be talking about on a Friday afternoon. Yet a vandalised Vote Leave sign in mid-Wales is doing the rounds this week, leading to an unlikely mock-campaign for a third candidate in the EU referendum.

How the NHS saved us

Over the past four weeks, the Guardian has been reporting on one of the most complex organisations in the world: the NHS. As part of the project, we asked our readers to tell us if there was a time the NHS saved their life.

British teenage jihadi believed to have been killed in Syria

A 19-year-old from Brighton who "dreamed about martyrdom" is believed to be the latest British jihadi to be killed in Syria, having died in the past 48 hours. Militants in the war-torn country say Khalil al-Britani, whose real name is Ibrahim Kamara, died after a US air strike on Aleppo this week.

#YesAllWomen: how Twitter reacted to the shootings in California

Late on Friday, a 22-year-old man killed six people and injured 13 more in the college town of Isla Vista in California. Police confirmed British-born Elliot Rodger stabbed three people and shot three others before taking his own life.

Meet the 75%: the young people who voted to remain in the EU

According to polling data from YouGov, 75% of 18- to 24-year-olds voted to remain in the European Union. On Friday, the UK voted to leave, with 52% of the overall vote. How does it feel to be one of that 75%?

Let them eat cake: women hit back at fat-shaming troll

Sometimes, when it comes to internet trolls, the best thing to do is grab a slice of cake. At least that's what one sewing blogger's followers decided after an internet troll came out of nowhere to tell her she should "eat less cake".

A man in London has claimed to have found a rat bigger than a small dog and a cat put together - but all is probably not what it seems. You know how it goes by now: up pops a picture of someone holding a rat at arm's length, while a headline blazes something along the lines of: "LOOK AT THIS GIANT RAT!".

#WhyImVotingUkip - when a hashtag goes wrong

We're not sure this is what Ukip had in mind when they said "let's get this trending". After the party's spectacular failure to organise a carnival was played out in 140-character bursts, Twitter has yet again been poking fun at Ukip. This time, with not-so-serious tweets about why they would be voting Ukip in the European elections.

Why did an offensive Greggs logo show up in Google's web search?

Greggs fell afoul of the Google algorithm on Tuesday when an alternative logo popped up to anyone searching for the company. Instead of the company's official logo, an image with the slogan: "Providing shit to scum for over 70 years." Classist, crass and a far cry from the company's actual slogan: "Always fresh.

'I am alive!' - medic injured in Kiev tweets after surviving bullet wound

A young woman who tweeted "I'm dying" after she was shot in the neck in Kiev has posted a message on Twitter announcing she is alive. Olesya Zhukovskaya, 21, became an unexpected symbol of the protests in Ukraine after a grim photo of the volunteer medic circulated on social media on Thursday, coupled with a tweet from her account which read: "I'm dying".

London School of Economics' men's rugby club has issued an apology after publishing a leaflet describing women as "mingers" and "slags". The leaflet, reportedly distributed at the university's freshers' fair on Friday, also claimed the club did not tolerate "outright homosexual debauchery" in its initiations and encouraged would-be members to do their best to "pull a sloppy bird".

'It's a national scandal': 15 stories which show the state of mental health care in the UK

In his speech at this year's Liberal Democrat conference, Nick Clegg pledged an end to the 'outrageous discrimination' in the treatment of mental health illness in the NHS. When we asked Guardian readers about their experiences of mental health care in the UK, more than 700 people got in touch.

'Frankly I'm terrified': meet those set to be hit by tax credit cuts

A Swedish "social experiment" has shown only one person of 53 reacting to what seemed like a scene of domestic abuse in a lift. The video was posted by an organisation called STHLM Panda, which describes itself as "doing social experiments, joking with people and documenting the society we live in".

25 things you may have forgotten about the internet

The open web was 25-years-young on Wednesday - and it's amazing just how much has changed in the last quarter of a century. To celebrate the web's birthday we asked you to tell us about your first impressions of the internet.

What happens when you accidentally become internet famous?

pls rt bc everyone needs alex from target on their tl pic.twitter.com/31udOj9Fxd This weekend, the internet made a Target employee famous. Currently known only as "Alex from Target", all it took was for one person to tweet a picture of him.

Technology may have introduced us to a brave new world where anything is possible. Unfortunately, it's also increased our capacity to make utter fools of ourselves. We asked you for your worst tech mishaps - and boy, did you deliver.

After thousands of passengers were left without their baggage due to a conveyor belt glitch at Heathrow airport this week, we asked you to share some of your airport horror stories. Many of you shared anecdotes we could all relate to. From delayed flights to lost luggage and even a child apparently wanted by Interpol, you had it all.

'I cried all the way back': sexual harassment on public transport

This time last year, Transport for London launched a hard-hitting campaign against sexual assault and harassment on its services. Accompanied by a harrowing video of a woman experiencing sexual assault on the Tube, the campaign urged anyone who experienced unwanted sexual behaviour to report it to the police.

One of a series of articles done during this NMC hearing

Survey of Americans reveals some think Wales is a city

Had some fun with curating some comments on silly things people have said about Wales after a survey revealed some Americans thought it is a city.

Welsh viewers were taken aback when they tuned in to Sky Sports for the South Wales derby between Swansea and Cardiff to find Newport shown instead of Swansea It's fair to say there are a few differences between Newport and Swansea.

How the NHS saved us

Over the past four weeks, the Guardian has been reporting on one of the most complex organisations in the world: the NHS. As part of the project, we asked our readers to tell us if there was a time the NHS saved their life.

Meet the fastest 60-year-old on the planet

Is Sherlock the greatest drama the BBC has ever produced?

Elena Cresci is really enjoying the current series of Sherlock. And when we say really enjoying, we mean REALLY enjoying I'm just going to say what everyone is thinking - drunk Sherlock Holmes is the best thing the BBC has ever done.

Got some skates on for a video with Cardiff's Tiger Bay Brawlers ahead of their European debut.

The notice showed a man pointing a gun to his head with the words: "Goodbye Haverfordwest, it's been nice knowing you!" Bosses at a Tesco branch have been slammed for using a poster of man about to commit suicide to motivate staff.

Landlord on Cardiff house destroyed by fire: "I had no idea there was a cannabis farm there"

Independent record shops - Use them or lose them as well

One ring to rule them all... but two to bind Tolkien mad wedding pair

Found out about this LOTR-themed wedding while on the hunt for weddings for the Echo weddings page.

Liaised closely with family on this story, public interest because of coroner's concerns

Y Gwyll/Hinterland review: Watch it in Welsh while you can - subtitles never did The Killing any...

It has been the most hotly-anticipated Welsh-language television event in years. As S4C's bilingual Hinterland/Y Gwyll crime drama aired for the first time on S4C, Elena Cresci was watching It's definitely not going to be a good day for DCI Tom Mathias.

Life in jail for 'brutal' murder

Freedom of Information: Going beyond the scoop

The Big Issue on publishing its 1,000th issue

Five free tools journalists can use to learn how to code

Why cover design matters for the Big Issue

My skin was given an electric booster

"They've taken the heart and soul out of the city centre,"

Cardiff council could say their last 'amen' in meetings