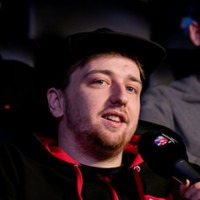 I'm an award-winning freelance writer, journalist and content creator with over four years experience in esports. Throughout the time I have developed a specialisation for UK and CS:GO-related esports, and have proven to be hard-working and determined with everything I do.

tarik: "I'd rather play a stronger opponent just to show everyone that we're going to win this...

stan1ey: "It's a great opportunity for someone like me"

As Ghost brings in a UK talent, Dust2.us caught him for a chat before he makes his move to North America. With Tramaine "stan1ey" Stanley set to move from the UK to Ghost Gaming, Dust2.us's resident Brit Michael "DuckMoriarty" Moriarty poked some questions stan1ey's way in anticipation of his move.

Seven hours after the scheduled start, the event was called off due to numerous issues. The Gaming Stadium hosted a $7,500 CS:GO event at the weekend, entitled CSGO Winter Warfare, at the Element Hotel by Westin, in Burnaby, BC. Or at least they attempted to, as it turns out the event did not go to plan.

Why Dignitas’ Acquisition is a good look for Rocket League Esports

It’s much better for an organisation like Dignitas, with the fifteen year pedigree it has, to acquire the roster from an organisation that’s suffering from a various amount of issues, to sign (arguably) the best team in the world than it is to let the team become free agents at the end of either their contracts or the season.

Happy: "We are definitely good at killing people, but we have to learn to play as a team"

So far, Envy have played two matches, beating Spirit in the opening one and falling to AGO, 2-0, in the second game. Now, the Frenchmen have one more shot at retaining an ESL Pro League spot, as they will take on Windigo in the final game of European relegation.

EspiranTo: "I think invited teams thought they were going to go through [CPH Games] easily"

The 16-year-old Lithuanian was a standout performer in Imperial's run to the title, recording a 1.24 rating over 12 maps played in the main tournament. In the end, Imperial had to take down Heroic in the grand final to claim the $50,000 first place prize.

The changes range from simple tweaks to the infrastructure and seasons of the competition, to flat out new monetisation options. The announcement was made just after Immortals announced their entrance to the game's competitive scene, with the acquisition of a Latin American team.

Astralis, Fnatic and more to compete in CS:GO group A at IEM Katowice

The CS:GO IEM World Championship is upon the horizon, and twelve of the world's greatest CS:GO teams are set to be in attendance. With six teams placed in each round-robin group, there's a lot of CS to cover. We're taking a look at Group A today, featuring some of the strongest CS:GO sides of the past year.

After taking a closer look at the teams from group A, it's now time to check out the group of Virtus.pro and way more title winning teams. Starting on Thursday, we will get to see the local heroes taking on double Major winners SK Gaming, ESL One New York champions Natus Vincere, ESL Pro League winners Cloud9 as well as North and Heroic.