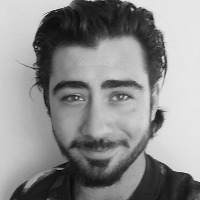 Welcome to my online portfolio! I hope the works shown here give you an idea of the work I enjoy reporting on. For more of my work, please search my byline, "Dan Meyer" in the search field on http://timeslive.co.za/

An 18-year-old Kimberley woman has R4-million to her name after settling a claim with the Road Accident Fund (RAF). But activists fighting plans to replace the bankrupt fund say child accident victims like her will be left in penury under the new scheme.

It's a whole new worldwide web for Cape township

Fun and war games as SA Navy tests its mettle

It was a show of force and teamwork as the navies of South Africa and its South American counterparts took part in "war games" military exercises. Improving effective communication between the navies was the objective in the 11th edition of the Atlasur "war games"‚ a military exercise that sees military allies take their respective frigates to the open seas and engage in simulated combat.

When blind Paralympic swimmer Hendri Herbst and his guide dog Stan were denied access to a well-known Cape Town wine estate over four years ago‚ Herbst experienced the discrimination he had encountered all his life. But his victory in the Equality Court has given him hope that people with disabilities will enjoy shared spaces with greater dignity.

WATCH | I am what I scrum: Gay rugby team tackles the cliches

The Green Point Park in Cape Town is a festive place on a Sunday afternoon, when families soak up the final hours of the weekend sitting on picnic blankets and throwing rugby balls around. It's also a popular meeting ground for social sports groups, and the Blight Rugby Club can be found there every week.

"[Kouwenhoven] suffered a fracture on the fibula... he will be hospitalised for 10 days and spend a further two weeks housebound‚" the affidavit said. Eisenberg added: "I visited him this week. He's still very groggy." Magistrate Vusi Mhlanga was not entirely satisfied that Kouwenhoven's condition should keep him from appearing in court.

Meet the farmer who hopped from hope to hops

After completing matric in the Western Cape farming community of Grabouw in 2001‚ Beverley-Anne Joubert went from farm to farm asking for help with pursuing her agriculture studies. This was the start of her journey towards becoming one of South Africa's first female black farmers - a journey that continues as she tries to bring her success full circle and alleviate social issues in the farming community.

Jevis Melle is about to go "over the edge". Sitting on a paint tin on the 12th floor of 2 Long Street‚ in Cape Town‚ he watches his supervisor clip in harnesses and cables that will support him when he abseils off the building carrying a bucket of paint in the hot January sun.

Apartheid victims in the lurch

When Thamsanqa Zitha returned to South Africa after over a decade in exile, he reached out to the Truth and Reconciliation Commission hoping to gain an audience. Zitha, a former operative for the ANC and PAC military wings, had been kidnapped and tortured by apartheid government colonel and assassin Eugene de Kock's Death Squad in 1984.