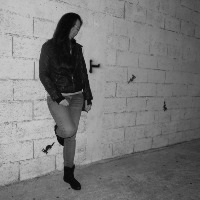 James Rollins is the action/adventure writer for 3 digit IQs! If you want an heroic escape that also requires fast-thinking and in-depth...

One of the most prolific scares of the dark is that of encountering the undead! The most famous of the undead is the vampire, but, they are not the only undead that lurk in our shadows and imagination.

About 10 years ago a group of researchers from various fields proposed a theory. This theory set out to explain the onset of the Younger Dryas (YD) episode of our current interglacial period. Their theory proposed a huge impact event as the trigger for the YD episode.

Tiahuanaco is the 'home of the gods' according to Andean myths. Located a few miles from the present day shore of Lake Titicaca, the ruins of this city along with the Sacred Islands of Titicaca and Puma Punku seem to allude to a misplacement of credit and time.

"... regardless which [disposition] option we follow however, and especially in light of the planned psychological pressure techniques to be implemented, we need to get reasonable assurances that [Abu Zubaydah] will remain in isolation and incommunicado for the remainder of his life."

Refugee Crysis Is A Positive......

Earlier this month, speaking about the refugee crisis, the Economic Commissioner stated, "There will be an impact on growth that is weak but positive for the EU as a whole, and that will increase GDP by 0.2 to 0.3 percent by 2017." I would disagree with that statement for a number of reasons.

The Solution To Terrorism

You want to stop terrorists and terrorist attacks? There is ONE answer that will solve the problem. As usual, it is an answer that the world's governments do not want the citizens of the world to ever consider, for it would greatly diminish their power and control; whereas, the recent history of countries 'under attack' prove that the governments use these 'attacks' to strip away the rights of law-abiding citizens and to increase their power and control over the citizens.

Have you met Mrs. Sherlock Holmes

Mrs. Sherlock Holmes, you say? As in the wife of? Oh, no! As in the female American counterpart.... No, I have never heard of such. Well, you are not alone. Let me give you a little introduction...

According to most textbooks and published material on the subject, humanity became 'civilized' no more than circa 6,000 years ago, or ~4,000BCE. The first centers of civilization were the Fertile Crescent of the Middle East where Sumer and Egypt sprang forth about 3,500BCE, then the Indus Valley and China and 1,500 years later civilization appeared spontaneously and independently in the Americas.