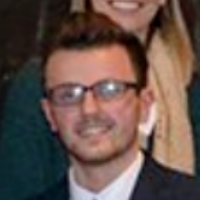 Benjamin Mehic began writing online during his freshman year of high school and hasn't looked back. At 14-years-old, Mehic landed his first NBA interview and subsequently discovered his passion for storytelling.

Now, Mehic is pursuing a juris doctorate degree at Albany Law School. Mehic contributes to the Albany Times Union, SB Nation and FanSided. Before attending law school, Mehic interned at the Deseret News - Salt Lake City's oldest and most widely circulated newspaper. His work has been featured on the likes of ESPN TrueHoop, Sports Illustrated, Fox Sports and Bleacher Report.

Agent Zero has no regrets on NBA Career, embraces life in BIG3

Gilbert Arenas can't escape his past. His jersey number is a constant reminder. The faces that surround him - old teammates and foes - are too.

Luka Doncic is ready to connect with basketball history

It wasn't the first time Mirjam Poterbin witnessed her teenage son become the center of attention. In fact, two days before the NBA Draft, Poterbin watched him win his third ACB championship with Real Madrid.

Hachimura has championship goals with the Wizards

There was talk about UNC forward Nassir Little being the Washington Wizards ' pick. He impressed the team during a workout in D.C. Cam Reddish, the Duke forward with limitless potential, was on the board, too. Sekou Doumbouya, an intriguing French prospect with measurements that jump off the screen, sat near Reddish, also waiting to hear his name get called.

Supreme Bey wakes up every morning, smokes a joint, eats a "s**tload of fruit" - some honeydew or papaya - hops on his skateboard and heads towards the south mountains in Arizona, where he occasionally records himself on Snapchat.

The reality of mental illness and homelessness

James Moran stands on the corner of Broad Street and Mohawk Street in Utica donning a camouflaged jacket, torn pants and a limp on his right leg. Moran has been on the streets for decades, hopelessly - as he described it - holding a sign that reads "help."

I remember lying in a grey hospital bed in Travnik, Bosnia, barely able to walk and formulate coherent sentences, with IV fluid being pumped into my tiny body. My father hovered above me, hoping the doctors knew what was wrong. I had been vomiting all day from a virus that was spreading throughout our town.

Basketball is a sanctuary in Utica, New York

Ephraim Wright sunk free throw after free throw on the outdoor court at Hughes Elementary School, a small public school tucked away from meagerness of Utica, New York. Every time the ball swished through the hoop, Wright felt more frustration leave his body.

With Ivan Drago-like hair and a late-career dragon tattoo covering his back, Andrei Kirilenko was one of the more intimidating forwards in basketball. His nickname, "AK-47," and tendency to swat shots into the stands didn't soften his image.

Snyder's unique approach has been shaped by stints in D-League, Europe

A day removed from getting swept by the Golden State Warriors, Utah Jazz head coach Quin Snyder sat at the podium for his exit interview next to team president Steve Starks awaiting questions from the media like he was anticipating a sentencing.