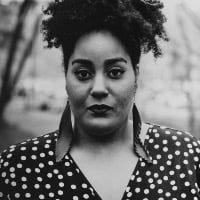 "And don't get it twisted, sis. I wake up every morning next to a headscarf and coconut oil. I'm married to a black queen." - Randall Pearson I know I'm not the only person who erupted with a flamboyant "Yesssss!" from the other side of their TV screen in response to Randall Pearson's praise for his wife.

What Working in a Hotel Taught Me About God | Intersect

Do not neglect to show hospitality to strangers, for thereby some have entertained angels unaware. - Hebrews 13:2 I didn't think much about hotels until I started working at one. Crisp linens, a TV, hopefully breakfast and some of those tiny lotions - what else was there to think about?

One of my best friends is fourteen years older than I am. Our friendship was quite unexpected. Both of us were in seasons of transition. She was a mom grieving the end of a marriage. I had just graduated college and was trying to figure out what was next.

When my friends adopted their baby girl from Korea, she became theirs. As soon as she was in their arms, they began to care for her and console her. Not only did they assume immediate responsibility as her parents, but she was immediately dependent on them. She became their child in every way.