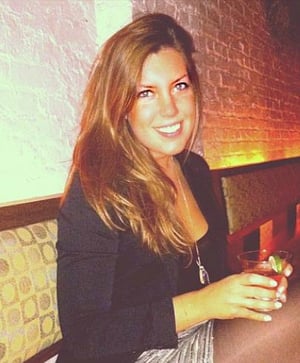 $40 to Spend on Food and Drink: ZODIACS

They thought it couldn't be done -- after all, "upscale" and "soul food" aren't necessarily two phrases you hear used in succession very often...until now.

Limited Time extra discount get it now to save even more Despite its coveted title as Coastal Living's " Happiest Seaside Town," Beaufort's antebellum architecture and vibrant mainstays are sewn with deep historical significance -- and even deeper secrets.

5 Female-Led Kickstarter Projects You Have to Check Out

Since 2009, Kickstarter has been providing a way for creative visionaries and small business owners to grow and publicize their ideas, offering a medium for interested people to donate money and spread the word about their project's via social media.

It's 11 p.m. on a Friday, and whether you're killing it at flip cup at a friend's party or on your second round of drinks with co-workers at your favorite bar, the night is young and you're having a killer time. Then, suddenly, you feel two eyes from across the room staring at you for a little too long.

The 15 Most Unfortunate Things That Happen In College

As fun as college is, it definitely comes with its fair share of moments that we would prefer to forget. Check out our 15 unfortunate and uncomfortable encounters to see if you can relate. 1. Realizing you sent a text to your manager/group project partner/grandmother after having one too many the night before.

10 Lessons We Learned from Sex and the City

While Sex and the City may have peaked before our time, there's still something so comforting about staying with a glass of vino to watch an entire season (or five) of this classic series.Check out 10 Lessons In Love we learned from the ladies who took on the 90's with fashion, finesse, and some seriously hysterical storylines.

After a tense two weeks in national news, the media turned its attention to DC last night as President Obama held DC's annual White House Correspondents' Dinner, with guests including everyone from Newt Gingrich to Katy Perry.

Seth MacFarlane at the Oscars: Too Funny or Too Far?

Like most years, mere seconds after the Oscars aired the internet became abuzz with articles, GIFs, and photo spreads critiquing the many entertainers that attended, presented, and won at this seaon's show. And along with typical opinion pieces and strongly worded blog posts regarding the night's winners and losers, there seemed to be an extraordinarily large amount of attention directed toward the show's host, Seth MacFarlane.

It's no secret that social media can be a tool for professional and personal networking, so why not use these tools for, ahem, alternative networking reasons as well? Apparently the creators of "Bang With Friends" were wondering the same thing, and went on to create the newest app on the scene that combines the concepts behind apps like "Words With Friends" and "Tinder" for users with some much more scandalous intentions.