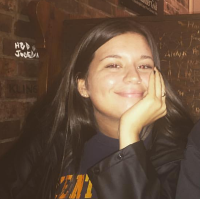 About one-third of the way through his family's cross-country move from New Jersey to Los Angeles in 1976, Russell Miller stopped at Kent State's May 4 memorial site with his wife Marlene and his 3-year-old son Jeff. They stood together in the parking lot, where the shootings occurred six years prior, and stared up at the sky.

Why Can't Manufacturing Sell Itself to Millennials?

When high school teacher Jacob Krautkremer signed up for a four-day summer internship at Wyoming Machine Inc. in 2017, he was hopeful. An industrial technology teacher at Roseville Area High School in Minnesota, Krautkremer said he wanted to learn more about the manufacturing process and possibly create connections between his students and businesses.

It's January 1974, and the Kent State Undergraduate Student Government has booked the up-and-coming artist Bruce Springsteen to perform on campus. To popular music fans at the time, it might not have sounded like a big deal. But to students at Kent State, they could sense Springsteen's super stardom before major radio stations ever thought to put his tracks on rotation.

REFLECTION: 'Shrill' gives us the body representation we needed

As a little girl, I grew up fantasizing about the day that I would miraculously lose weight and become the kind of person I'd always wanted to be: thin, and therefore, beautiful. My false hope for a fairytale weight-loss story is attributed to the movies and TV shows I grew up watching as a child.

In the winter of 2015, Barbara Child was seeking clarity. Why had she been plagued with phobias for most of her life? Was there a meaning behind them? She signed up for Pacifica Graduate Institute's four-week-long course on analytical psychology called, "Alchemy, Romanticism, The Red Book and the New Myth of Our Time" in hopes she'd find the answers she needed.

It's not all about sex: For abstinent students, intimacy comes in other forms

Sex. We see it in our favorite TV shows. We rely on apps like Tinder and Grindr to find it. We jam out to songs in the car that romanticize it. In a society as sex-focused as ours, some people aren’t having sex at all.

Former Kent student remembered for his love of music

To some, Ian Minnick was known as the lead guitarist for Akron-area alternative band Chil. However, to those who knew Minnick, he was known as a loving friend with a generous nature and thoughtful personality. Minnick, a former digital media production student, died Monday night, just a little over two weeks after his 22nd birthday.

ANTI-SOCIAL MEDIA: I signed offline for two months - here's why

Five websites, six accounts and no sense of reality - that's my life with social media. It started at the age of 11, when my older brother and his friends introduced me to Myspace. I went from being a carefree fifth grader to being a perfectionist with my online persona.

If you're unaware of the recent obstacles the manufacturing industry has faced, then you're probably not paying attention. Headwinds like President Trump's recent tariffs on Chinese goods, and recent declines in indexes like the Institute for Supply Management's Purchasing Managers Index inspired the Brookings Institute to conduct its most recent on attitudes toward manufacturing.