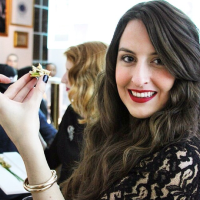 My career started in NYC almost 20 years ago, as a dancer and singer on Broadway, moving into a 3-year world tour through 10 countries, performing over 300 shows to crowds of up to 40,000 as the lead singer of a rock band. Transitioning from performance, I moved into the digital media world—mainly focused on clients in the travel and food space. First working as Marketing, Social, and Events Director for The Mermaid Inn restaurant group in New York City, then moving on to the social and digital strategy for luxury brands at Morpheus Media.

In 2013, I took on the Editor in Chief role at A-Trak's luxury travel and lifestyle site, Infinite Legroom. During my time as EIC, I had the pleasure of writing over 1,100 stories on the site, which saw over 3 Million page views. I created, launched and organically grew a more extensive social media presence and also expanded brand reach in NYC and San Francisco. I managed numerous freelancers and contributors spanning the globe, worked one on one with PR agencies, direct with clients and also interviewed various artists and influencers for posts and partnerships on the site.

For over two and a half years, I worked as the Branded Content Editor for Condé Nast and The Food Innovation Group. It's there I created, wrote, edited and oversaw all the branded content for both Bon Appétit and Epicurious, which spans across both print and digital properties. Along with general editing and content creation, I was also tasked with conceptualizing top-level ideas and partnerships with our premium advertisers, for everything from native articles, custom design projects, and video series.

In 2018-2019 I took on the role of VP of Marketing for Charlie Palmer Collective and oversaw the marketing, social media, and PR for award-winning Chef Charlie Palmer’s hospitality brand, including 17 concepts across the New York, DC, Vegas, Reno, and California markets. I executed top-level events including two high-profile charity dinners and a 300 person invite-only event for the 30th Anniversary of his Michelin-starred flagship restaurant Aureole.

In addition to my full-time roles, I have also privately consulted for small businesses, brands, and personalities on their social media and overall digital brand strategy. From lifestyle and music festivals in California, boutique hotels in Costa Rica and the Napa Valley, theater companies, numerous restaurants, and pop-ups through the U.S.—I have managed a consistent presence for my clients across many social and digital properties.

Heading to Vegas? Here's Our List of Eats for Every Kind of Budget

Las Vegas is a fantastic food city, plain and simple. With many celebrity chefs boasting multiple restaurants in town, underground cult-hits, and local low-key favorites-Vegas is right up there on the list of culinary hot spots. If you're planning a visit, take a look at some our latest favorites for every type of budget!

Raiding the pantry? These recipes for your at-home family dinners are simple, satisfying, and delicious.

Springtime reminds us of the beauty of eating alfresco, and we're heading around the world to inspire an outdoor feast to celebrate family this Mother's Day. Journey with us as we share inspiration for your next picnic from some of our favorite destinations.

It's that time of year! Warm weather is on the way, and one of the world's most well-known horse races is around the corner. The Kentucky Derby presented by Woodford Reserve is a chance to bring out a stylish outfit, say cheers with a traditional cocktail, and feast on some mouthwatering Southern favorites.

Are you daydreaming about warm weather and sipping a colorful, fruity cocktail on a Caribbean vacation? Us too. We're not talking about the fluorescent, sugary-sweet kind your parents may have said cheers to back in the day; these latest versions incorporate locally-sourced spirits and exotic, tropical ingredients, unlike any libation you've had before.

Here's How to Relax and Unwind in Las Vegas

Las Vegas is home to a plethora of fine hotels, world-class restaurants, and of course, a stellar lineup of live shows, concerts, and entertainment. A chance to relax and unwind? Consider a soothing body polish or massage treatment, an afternoon strolling luxury stores, a hike through the breathtaking Red Rock Canyon, or even a chance to try stand-up paddleboarding in the middle of Lake Las Vegas!

It's that time of year! Warm weather is on the way, and one of the world's most well-known horse races is around the corner. The Kentucky Derby presented by Woodford Reserve is a chance to bring out a stylish outfit, say cheers with a traditional cocktail, and feast on some mouthwatering Southern favorites.

Las Vegas is appropriately named "The Entertainment Capital of the World" with their expansive list of top-tier shows, world-famous residencies, and special events. Though the list is long, we've chosen six of our current favorites for your must-do list.

Bring the Romance of Paris Home for Date Night

Whether it's your first or fifteenth visit to Paris, the charms of this city are hard to resist. And while we think it's always a good time to bring a little Paris romance into your home for date night, it is especially true on Valentine's Day!

We're celebrating the biggest (food) day in sports with a field full of globally inspired ideas and a little fresh-prep from you at home. Whether you want to bring in a little heat with a delicious spread of Mexican flavor or change things up with a Thai-inspired dumpling feast, these tips will make you MVP with your friends.

This Insanely Cheesy Corn Casserole Will Get You Through Thanksgiving

Welcome to Cooking Without Recipes, in which we teach you how to make a dish we love, but don't worry too much about the nitty-gritty details of the recipe, so you can create your own spin. This is copywriter Sarah McLellan's "creamy, cheesy corn thing" that's had guests asking for the recipe for over a decade.

Pair Your Next Gathering With Light Bites and Delicious Wines

Everyone loves to gather friends for a fun evening of wine and light bites when it comes time to entertain. But yes, it's true, the same old cheese plate can get a little boring.

Our Favorite Healthyish Dishes You Can Now Order From Caviar

We're obviously advocates of eating healthy and cooking at home, but we get it, sometimes there's nothing better than being able to hit that delivery button after a long day at work. The good news? It's even easier to keep your healthyish vibes flowing with the brand new collection of restaurants that deliver good-for-you-food-that-also tastes-good.

How to Make a Cheese Lover's Holiday Dreams Come True

Fall is here, and with it comes the busiest time in the year for cooking, eating, and celebrating. We all get out our favorite holiday recipes and start preparing for a festive feast surrounded by our friends and family. With these entertaining tips, you can plan the perfect Thanksgiving (or holiday) meal with a twist!

What's Brewing in Charleston: A Guide to Craft Beer in Lowcountry - Bon Appétit

Many of us have Charleston, South Carolina, pinned on our maps of places to visit for incredible food. Now, there's a new burst of excitement in town with the boom of the craft brewing scene and an influx of new breweries opening.

After a long day at work, nothing beats a home-cooked meal-but standing over the stove for hours juggling lots of steps and complicated ingredients doesn't sound that relaxing. We've teamed up with to help you whip up some of your favorite comfort food dishes with a little help from everyone's favorite star-store-bought, seasoned rotisserie chicken.

How Much Did We Love BA Grub Crawl? Let Us Count the Ways Slideshow Photos - Bon Appétit

From fried chicken topped 21 ways to moon pies and tater tot nachos, here are the best bites from this year's Nashville Grub Crawl.

10 Amazing Restaurants to Eat at in San Francisco

If you've ever wanted to be excited by a city's food scene beyond NYC, then San Francisco is pretty hot. Every week it seems like there is another new restaurant opening, a chef taking on a new concept or a pop up happening - with incredibly sourced local ingredients, a plethora of styles and cuisine types, and most of all, delicious dishes!

Where should you eat before you hit up a show at The Fillmore, Slim's or The Chapel? We got you. The Chapel (Valencia at 19th Street) Well, duh. It's not like we're telling you something new on this one, but it is super convenient and directly around the corner from the venue.

Presented by Ford. We know what you're thinking. What exactly is glamping? It's the latest outdoor camping trend, and basically covers any style of camping in luxury tents, cabins, teepees and yurts, where you have the comforts of home with the bonus of staying in some very special locations.

Inside Your Own Puerto Rican Oasis: Why You Need to Visit The Dreamcatcher Guest House

If you are lucky enough to make a trip to San Juan, Puerto Rico, you'll have a plethora of options for places to stay.

The Aussie Who Ate The Big Apple

5 Reasons You Should Visit Calistoga

How had I never been to Calistoga before? It's mind boggling that I hadn't been to this super cute spot, a short escape from the SF city life. I recently went to explore this charming town in Upper Napa Valley, and fell in love with its delicious food, hometown vibes, delectable wine, boutique hotels and relaxing nature.

There's nothing like rocking up at night and passing through the crowds waiting outside, to enter an amazing music venue and then see your favorite artists play live. The U.S. is well known for its music scene and thousands of fans from around the country are out every night of the week in bars, clubs, concert venues, theaters and arenas watching musicians perform.

The Guide To Eating Around The Tendernob - The Infatuation

People in SF have some pretty strong opinions about the gritty and colorful area in the city known as the Tenderloin. And thanks to some savvy real estate brokers, its Nob Hill neighbor has affectionately been dubbed "Lower Nob Hill." But lets be clear: this is the Tendernob.

Presented by British Airways. If you've been to London a few times, you'll know that this exciting city has a lot to offer, but what about the United Kingdom as a whole? With great food, amazing bars, exciting culture, tons of tradition, and of course, a long established music scene, there are a plethora of reasons you should add it to your travel list for 2015.

When you're in the Bay Area, it's almost a given that you'll pop up to the valley to visit one of the many incredible wineries and vineyards. But where does one start, when collectively there's well over 400 wineries in the region?

The Aussie Who Ate The Big Apple

The Perfect Weekend Getaway: A Guide to Napa

One of my favorite parts of living in San Francisco is its proximity to the awesome Napa Valley wine country. Granted, I have spent quite a lot of time exploring the area with visits to incredible wineries, festivals and restaurants - but I surprisingly hadn't spent that much time actually exploring Downtown Napa!

Vegas is an outrageous, adult amusement park, dumped smack bang in the middle of the Nevada desert. It wasn't really supposed to exist, and yet year after year, millions of people from around the world hit this desert playground to let loose and generally act in ways they never could back at home.