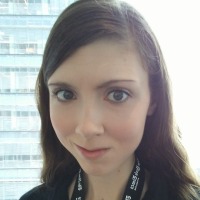 The actor, best known as the clumsy Neville Longbottom of "Harry Potter" fame, is a dashing suitor in the PBS reboot of "All Creatures Great and Small." Matthew Lewis's face is everywhere. On the wall to his right, grinning on a poster for the 2012 West End revival of "Our Boys," a play by Jonathan Lewis.

Christmas Without Music? Churches Are Finding a Way

At churches like St. James in Louisville, Ky., services this Christmas will not have in-person choirs or orchestras. But music directors are finding ways to persevere. In a normal year, Phil Hines takes a deep breath, lays his hands on the keys of the 135-year-old pipe organ and begins to play.

New Star of 'The Prom' Sees a Chance to Make L.G.B.T.Q. Characters Visible

Before Gov. Andrew M. Cuomo moved to ban indoor dining again in New York City, several music clubs had begun offering performances again that they claimed were background music. Although most indoor live performances have been banned in New York since the coronavirus began its deadly spread in March, about a dozen people turned up Wednesday night at Birdland, the jazz club near Times Square, for a 7 p.m.

Dinner Is No Longer Served: Theater That Built Careers Is Gone

'Bob Ross Experience' Opens in Indiana, Happy Trees and All

Visitors can tour the beloved painter's recreated studio and take Bob Ross master classes, in the city where "The Joy of Painting" was filmed. MUNCIE, Ind. - Lexi Vann was losing her race with Bob Ross.

The Conners Return to Confront the Coronavirus

This ABC sitcom has dealt with real-world challenges since its earliest days as "Roseanne." In its new season, those include the pandemic and its fallout. When "The Conners" returned to set in mid-August after a lengthy pandemic delay, John Goodman had no doubt that every safety precaution had been taken.

When the son of David Frost went looking for missing tapes of his father's interview show, he found many of them in an unlikely place. After his famous father died in 2013, Wilfred Frost set out to track down old tapes of "The David Frost Show," which had aired between 1969 and 1972.

Meet Erica, an android believed to be Hollywood's first fully autonomous artificially intelligent actor. Can she overcome the uncanny valley? The strangest part of Matthew Helderman's video call came when he bit into an apple. Or rather, what followed. "What kind of apple is that?"

While the CreateNYC program increased funding for smaller neighborhood arts organizations, it never required institutions to disclose the demographic data that would help measure progress. It was born of high hopes: a program for cultural institutions that receive New York City funding and operate on New York City land.

How André Holland and Company Brought 'Richard II' to Radio

What was meant to have opened Shakespeare in the Park's season has found new life as a four-part audio play with resonance in the wake of Black Lives Matter. On the list of questions you've probably never considered is how to describe what spitting sounds like. Phlegmy? Yes. Wet? Sure.

The woman in charge of The Children's Museum's new Barbie exhibit never played with Barbie. The willowy blonde doll held no interest for Jennifer Pace Robinson, who wore glasses as a child and was something of a tomboy. Instead, the museum's vice president staged Star Wars action-figure invasions in her friend's Barbie Dream House.

Does Carmel Have A Spending Problem? - Indianapolis Monthly

Tim Hannon wanted answers. The freshman Carmel city councillor had just discovered that Hotel Carmichael, Carmel's 122-room luxury hotel slated to open next month, was more than $18 million over budget. It was the latest cost overrun for a city-subsidized project that, at $58.5 million, was now 46 percent over its original estimate.

Less than three years ago, the future of the General Motors stamping plant site looked as shiny as a new Chevy Camaro. Although the 103 acres across the White River from downtown had been vacant since 2011, the city and a trust formed to oversee the land were determined to attract a transformational development.

After four straight record-setting years of homicides in Indianapolis, Reverend Charles Harrison was hardly in a mood to celebrate. As the president of the city's Ten Point Coalition, a faith-based group that aims to combat gun violence among young black men, walked through a gravel parking lot toward Fervent Prayer Church off 38th Street last June, he knew he would be congratulated.

Discount Me In: How I Saw 30 Shows on a Student Budget

A summer stage binge reminded one young journalist of the power of great storytelling, and that cheap tickets are out there if you know where to look. My boss at The New York Times suggested two shows I had to see this summer: "The Ferryman" and "My Fair Lady."