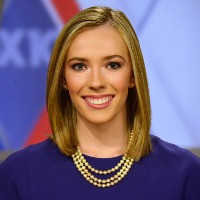 I strive to find the truths the public deserves to know.

In 2018, I was recognized as Reporter of the Year and Best Investigative Reporter by the Alabama Broadcaster's Association and the Alabama AP. I was also honored to be awarded an honorable mention in the national 2018 Society of Environmental Journalists (SEJ) Awards for my investigative environmental reporting about a poor, rural community in southern Alabama exposed to a toxic chlorine gas leak. As a result of my reporting, the community received a modernized, and functional, emergency notification system, and police officers received proper protective gear to safely respond to future incidents. In 2017, I uncovered public schools in Alabama were not previously testing their water for lead contamination, because there was no law requiring them to do so. Because of my award-winning investigation, the State Board of Education Announced it would help all schools test for lead.

After five years of reporting in the South, I have made the move out West, to Denver, Colo. I plan to continue to make a difference for communities through my work, just in a different landscape.