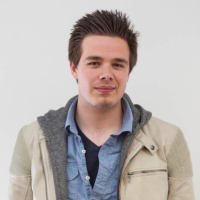 Freelance Journalist with over ten years of experience, focusing on entertainment and the video game industry. Bachelor of Arts in Journalism from Metropolitan State University of Denver. Former Senior Editor at Twinfinite, Technology Editor at Metrosphere Magazine, and co-host of Playing With Perspective podcast.
Currently Freelance Writer at Retroware, GameSkinny, ComingSoon, and more. Constantly looking for the most unique perspectives and stories of gaming.

Note: For privacy reasons, interviewees are referred to as either their FFXIV screen names or band names in this article. It's a perfectly normal day in Gridania as you stroll through the dappled trees and over to the Lancer's Guild, looking for the latest quest or just poking your head in.

Localising a game from Japanese to English isn't an easy job. It's even more difficult when you're trying to do it alongside a full-time job. Despite this, a multitude of fan groups have taken it upon themselves to do the work for fans in the West who have never had the chance to experience them.

A Kickstarter for Dark Deity was put up in August 2020, a colorful strategy-RPG that looked like a fresh take on the genre's classic roots. The project blew its funding goal of $12,000 out of the water, taking in over $75,000 by the end.

Red Dead Redemption 2 is one of the most popular and well-received games of this generation, winning Twinfinite's Game of the Year Award for 2018, and the end of year award for many other publications as well. While the story in particular is what made Red Dead Redemption 2 stand out in an era where [...]

The series has left a lasting legacy on the world of video games, and it continues to enjoy immense popularity with releases like Final Fantasy XIV and Final Fantasy 7 Remake . Before XIV was even a thought, however, helped the franchise take its first steps into the online world.

Souls-like games have become all the rage over the last few years, and Bandai Namco's Code Vein is the latest title to enter that arena. The anime-inspired title blends together gothic elements, vampires, and fantasy, while introducing plenty of new and unique elements. Blood Codes, constant NPC allies, and a wealth of unique builds are [...]

A Behind the Scenes Look at SeriesFest -

There are plenty of film festivals all around the country for members of the industry, aspiring writers, directors and actors to all mingle. There's even quite a few right here in Denver. However, there's a distinct lack of festivals and events for those invested in television and episodic storytelling.

Time is an element that no human can control, as it marches on relentlessly. The passage of time is a concept that many video games over the years have tried to capture, but few manage to really say something meaningful on the subject.

Lost In Translation: Tales of Destiny 2

Tales is one of the longest-running JRPG franchises in history, and one of the only ones that's stayed relevant in the West all those years. Despite that, there are still a handful of Tales titles that have never made their way West and increasingly look like they never will, without a bit of fan help.

Yasumi Matsuno is the definition of an auteur in gaming, a director with a unifying vision between all of his games. Starting out as the director of Ogre Battle, Matsuno joined Square in 1995 and was assigned as director on Final Fantasy Tactics.

The Creeping Fear of Metroid Fusion

Immersion is a key element of horror games, as the genre is at its best when a title can put you into its world and grip your heart with terror. When its done well, it leads to masterful classics remembered for decades.

Why Sony's Insomniac Purchase Was Worth the (Huge) Price

Sony dropped a huge sum of cash on Insomniac Games, but the price will be well worth it in the long run. Insomniac Games is one of the most storied developers in the industry, responsible for prolific series like Spyro the Dragon and Ratchet & Clank .

Hades brings SuperGiant Game's expertise to the roguelike genre, and the developer redefines how storytelling can work in the genre. Supergiant Games is known for its unique sense of style and storytelling, and each of the studio's games tries something completely different.

Before I started Life Is Strange: True Colors I knew it was going to be an emotional rollercoaster; previous games have been that to a tee and pre-release coverage already revealed that the main character Alex's brother, Gabe, would die in a tragic accident.

Garden Story puts the weight of the world on the (shoulders?) of its adorable protagonist, a grape name Concord. At first glance Garden Story might look like a farming sim, and there are some light sim elements, but what lies underneath is a surprisingly confident Zelda-like that has its own unique ideas, even if it suffers from a bit of tedium.

Persona 5 Strikers is a joyful reunion for the Phantom Thieves and a brilliant fusion of Atlus' series and Koei Tecmo's Warriors franchise. has seen its fair share of spinoffs over the years, but most have filled the role of side stories.

The Legend of Heroes: Trails of Cold Steel 4

The Legend of Heroes: Trails of Cold Steel 4 brings an end to a story years in the making, and it does it with serious confidence. It feels more like a continuation of Trails of Cold Steel 3, especially considering how it builds off the gameplay ideas of the third game, and even improves them.

Shenmue 3 Review - Out of Time

Shenmue 3 on PS4 Shenmue 3 is one of the hardest games I've ever had to review, not because it's difficult, but because I continuously went back and forth on how I felt about it. For better and worse, Shenmue 3 feels like it was, in many ways, made 18 years ago, right after the [...]

Astral Chain on Nintendo Switch I've played every PlatinumGames title there is out there, so I went into Astral Chain already expecting some quality action. It's not every day that a game completely blows away my expectations, and makes it immediately clear that it's something special.

Sean, Hayes and Keenan do things a bit differently tonight, by taking a deep dive into one very specific game. Metal Gear Solid V: The Phantom Pain. It's a spoiler filled episode as the crew discusses the game's design in terms of story, structure, gameplay and everything else. Tune in!

Morality plays a funny role in video games a lot of the time. We always want more freedom and more choices in our games, but what does that really mean? Sean, Hayes and Keenan talk about morality in video games, and a 2011 classic that handled choice so well.

Season 4 Episode 2(1.28.16)- Someday the Dream Will End by Playing with Perspective

Sean, Hayes and Keenan take a day to discuss just what's happened to the Final Fantasy series. Why do so many people feel the series has gone downhill? How exactly has the series changed over its long history in video games? Classic Thursday focuses on a spinoff that's actually one of the greatest Final Fantasy games of all time.

It's the season 3 finale of Playing with Perspective, and today is all about Star Wars! With the impending release of The Force Awakens Sean, Hayes and Garret take the episode to reflect on what Star Wars has done in the video game medium.

The Super Mario Bros. movie is being made in collaboration with Illumination Entertainment, the creators of Despicable Me, Minions, Sing, and more. Shigeru Miyamoto, the creator of Mario, is still playing a major role in the development of the film, however, and during the Nintendo Direct, he also announced another major piece of news, the cast voicing some of the most iconic characters ever made.

Up until now marketing for the co-op zombie shooter has largely focused on the multiplayer elements and infected designs, but the latest trailer gives us our best look yet at the state of the world in Back 4 Blood. This time around a worm-like parasite has caused the horrific apocalypse players are fighting.

The Yakuza's Guide to Babysitting is officially getting an anime TV adaption, as announced by its creator Tsukiya on Twitter . Originally launched on the Comic Ride pixiv site, the manga series has hit a surge of popularity since its move to Comic Elmo.

One Piece is on the verge of an incredible milestone with its 1000th episode, and the series has revealed a new key visual in celebration of that. The image shows Monkey D. Luffy and Kaidou set to clash, with the image of Onigashima looming in the background.

During an IGN Live segment at Gamescom, Yakuza series producer, Daisuke Sato, commented on the possibility of a Yakuza Ishin localization, something fans have been pining over for years. According to Sato a localization is "under consideration," but Sega just isn't sure if the game's setting and historical aspects would appeal to Western fans.

Fishing is one of the easier aspects of to completely overlook. Since there aren't all that many uses for fish, even omnicrafters and those with Botanist and Miner at max level tend to just sort of skirt around Fisher.

Lord Almeidrea is easily the most difficult boss battle so far in , putting the three previous Lords to shame. Part of the problem is that she comes with a hulking Zeugle named Mesmald that you'll also need to contend with.

Tales of Arise features a wildly different combat system from past entries, and boss fights are where the combat really starts to shine. The Tales of Arise Lord Balseph boss fight is the first major boss you'll take on. It's a surprising difficulty spike that requires you to start thinking more tactically than in regular battles.

Bloodhunt: How to Revive Teammates

Vampire: The Masquerade - Bloodhunt is a brand new battle royale experience that grants players vampiric powers on top of the usual guns and melee weapons. Like most battle royale games out there Bloodhunt has both a solo and team mode.

King's Bounty 2: How to Defeat the Tyrant in the Scryer's Trial

One of the longest questlines in King's Bounty 2 is The Scryer's Trial, which requires you to take on a series of pre-determined battles, one of which being against the Tyrant. The Tyrant is by far the hardest as you only have two units in your army, a Bone Dragon and a squad of Gargoyles.

Early on in Resident Evil Village, you'll need to navigate the corridors of Castle Dimitrescu, while Lady Dimitrescu and her daughters stalk you relentlessly. After making your way through the Opera House you'll come upon the Atelier, which suddenly stops your progress with an impromptu bell puzzle.

Terry Bogard from Fatal Fury is the latest character to join the absurd roster of Super Smash Bros Ultimate. Once again, Nintendo has done a great job of adapting the character, and we're here to help give you everything you might need to know. Here's how to play Terry (moves, strengths, weaknesses, strategies) in Smash [...]