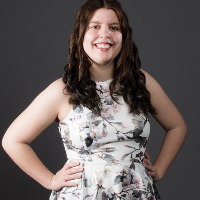 The Best Hanukkah Movies To Watch

When it comes to Hanukkah films, most people would say that they could count the good ones on a menorah and still have candles left over. In theory, the sheer lack of Hanukkah movies should make the best Hanukkah movie line-up seem easy. However, this lack of options has the opposite effect.

'Pokemon: Let's Go!' is exactly what it looks like, for better and worse

As a lifelong fan of the series, the announcement of Pokémon Let's Go immediately filled me with a nostalgia-filled desire to re-explore the Kanto region with my Pokémon friends frolicking behind me. I was practically throwing my money at the screen in anticipation.

The Shady Side Of Nintendo

As a company that has been involved with video games since the late 1970s, Nintendo has a long, storied history that could fill several books. As such, the company is liable to have encountered a controversy or two. This is the shady side of Nintendo.

The Untold Truth Of Channel Zero

Released in 2016, Channel Zero is a truly terrifying horror series. Consisting of four seasons, each its own stand-alone story, it tackles suburbia, children's television, and taxidermy with macabre flair. We're here to illuminate Channel Zero's dark corners, one monster at a time.

No matter what type of horror you're looking for, there is more than enough to choose from on YouTube. With so many horror entries, it can be a bit overwhelming to separate the truly great horror videos from the lackluster ones. With all that in mind, here are just a few of our picks for the best.

How Netflix's Bird Box Was Different From The Book

Like many book adaptations, Netflix's Bird Box underwent a number of changes on its journey to the screen. Loosen your blindfold for a look at some of the more noticeable differences between the hit monster movie and its printed source material.

Getty Images From his role as Inspector David Toschi in Zodiac to the Incredible Hulk in The Avengers, Mark Ruffalo has made an acting career for himself filled with success and recognition. He's earned plenty of awards and nominations as an actor, including an Emmy for The Normal Heart and the BAFTA Humanitarian Award in 2014.

Shaky, handheld cinematography has become increasingly popular in cinema. Audiences tend to like real, seemingly truthful situations in their media, and what better way to achieve this by using a shooting style anyone can achieve with a smartphone? This style of filmmaking places audiences directly into the action and seems all the more real and relatable.

Netflix's 'Death Note' grossly misunderstands why the original was a success

The infamous manga Death Note, written by Tsugumi Ohba and illustrated by the impressive Takeshi Obata from 2003 to 2006, became immensely popular for its themes discussing human morality and justice. After the manga's great success, an anime series was created in 2006 followed by two video games, four live action films, two novels, a television drama, a musical ( I'm serious), and a miniseries.