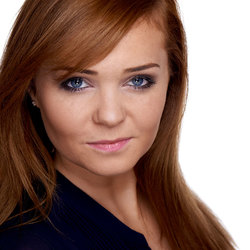 As the latest bombing campaign by Israel into the Gaza Strip continues into its seventh day, the number of Palestinians killed in the blasts has now surpassed 170 people. Calls from the international community for a cease-fire between the Israeli government and the Hamas-led Palestinians have been growing, but there appears to be no truce in sight.

Two major venues for Eid celebrations in Qatar have announced that they are canceling planned activities out of respect for the crisis in Gaza, where more than 600 775 people have been killed during an intense, 17-day Israeli bombing campaign. Souq Waqif was the first to say that it is canceling many of its Eid events for next week.

In response to complaints from residents about being cheated by taxi drivers, Qatar's state-backed transportation company Mowasalat has begin installing new, tamper-proof meter systems in their cabs. According to the Gulf Times, any attempts by drivers to fiddle with the meters to raise rates would be automatically flagged: With the new meters, taxi drivers say that as soon as they try to tamper with the cables somebody from their company immediately calls them.

A day after being forced to forfeit a match for refusing to remove their headscarves, the Qatar women's basketball team has pulled out of the Asian Games altogether. Yesterday, the women were asked to remove their hijabs prior to a match against Mongolia but refused to do so, saying it violated their Islamic beliefs.

Many local companies appeared to be adhering to the Qatari government's midday outdoor work ban, which took effect today, June 15, and runs until Aug. 31. The ban, which takes effect during the peak summer months, requires companies to stop outdoor work from 11:30am to 3pm.

Local telecom provider Vodafone-Qatar has announced that it is no longer supporting an ongoing charity excursion that it initiated, after fielding harsh criticism from members of the community. However, the Amazon adventure is expected to continue as planned.

A number of Qatar residents, mostly locals, have set up a support program for the seven Qatari youth who are currently rebuilding a school in Brazil as part of a charity effort.

The Ebola epidemic that began in West Africa this year and killed nearly 1,000 people is now officially a global health emergency, the World Health Organization (WHO) has announced. However, no general bans on international travel or trade were called following a two-day emergency meeting of global health experts in Geneva.

Qatar residents in Duhail have voiced concern and fear after a man was apparently drowned in an altercation at a residential compound there last week. Speaking to Doha News, a staffer at the Zahrat Al Wadi compound (formerly known as Rose Valley) said the incident involved three Nepali men - including the compound supervisor - and took place last Tuesday night, July 29.

Rodel Vinluan, a Qatar Airways CCTV and access control security agent, has been honored for helping to capture seven men suspected of stealing $82,500 (QR301,125) from a Turkish passenger at Doha International Airport in January. Earlier this week, the 38 year-old Filipino expat received a certificate of appreciation from the ambassador of the Philippine embassy in Qatar.

Already strained relations between Qatar and one its Gulf neighbors took a turn for the worse this week when Bahrain accused officials in Doha of compromising its security by nationalizing some of its citizens.

In seven weeks, 12 young Qataris will take on the challenge of climbing to the top of the world's tallest freestanding mountain in a bid to raise money for Gaza. The young people will journey to Tanzania in Africa in October to climb some 5,895 meters (19,341 feet) to the highest summit of Mt.

Qatar's FIFA World Cup stadium in Al Khor will be modeled on a traditional tent used by nomads, the 2022 organizing committee has announced. The 'Al Bayt' Stadium in Al Khor will seat 60,000 football fans and is set to be one of the venues for the semi-finals, according to The Supreme Committee for Delivery and Legacy (SCDL), which revealed the plans at a public briefing at Al Khor Sports Club yesterday.

More than 160,000 traffic violations issued in June in Qatar

The number of traffic violations issued to Qatar residents hit a new high in June, though the number of accidents on the roads fell to almost a new low, according to the latest figures from the Ministry of Development Planning and Statistics (MPDS).

A recently posted YouTube video of a young group of Qataris who are helping to rebuild a school in Brazil has drawn the ire of some nationals, in part because the female travelers were not dressed in the traditional abaya and headscarf while on their trip.

Less than two million people were inside of Qatar at the end of last month, as population figures hit an annual low following Eid holidays, according to newly released government figures. Residents currently in Qatar may have noticed less traffic on the roads recently, after some 230,000 people left the country in July, according to the Ministry of Development, Planning and Statistics (formerly known as the Qatar Statistics Authority).

More than 70 prisoners pardoned by Qatar's Emir in Ramadan

With Ramadan over, many embassies in Qatar are beginning to find out more about the prisoners that the Emir pardoned last month. Though some missions are still waiting for information, it appears that at least 74 people were pardoned by Sheikh Tamim bin Hamad Al Thani this year.

As concerns about the Ebola virus increase worldwide, healthcare officials in Qatar are urging calm, saying that there have been no cases of the illness here and that the country is on "high alert" just in case.

Qatar residents advised to protect themselves from phone scams

As the number of complaints from Qatar residents about phone scams increases, the nation's telecom providers and ministry is advising mobile users to take extra precautions to protect themselves. This week, an Al Raya article discussed the increasingly common "one-ring scam," in which mobile users receive a missed call from an unknown international number.

We watched them march, chant, strategise and even brave tear gas. As a result, dictatorships toppled and so too did ignorant stereotypes about Arab women. The women of the Arab Spring have been anything but overlooked, voiceless victims. In fact, Arab women have been integral participants in the pro-democracy uprisings that have transformed the Middle East over the past months.