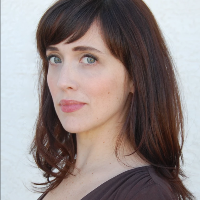 Elizabeth earned her MFA in T.V. & Screenwriting from Stephens College. Her scripts have placed in a number of competitions, including the Austin Film Festival, the ISA Fast Track Fellowship, and the George R.R. Martin Screenwriting Grant. Elizabeth wrote and co-produced two award-winning short films, "Imagining Vera" and "Pinky Promise," and two of her academic essays were published in the collection "When Women Wrote Hollywood: Essays on Female Screenwriters in the Early Film Industry" (MacFarland, 2018).

As a writer for the University of New Mexico, Elizabeth researches, writes, and edits articles on a variety of academic subjects and happenings. Visit elizabethmaud.com to learn more about Elizabeth and her writing.

Adopted by the General Assembly of the World Medical Association (WMA) at Geneva in 1948, the Declaration of Geneva is one example of the oath taken by medical students upon entering their new profession. In the aftermath of World War II, international...

Fighting for her students and her status

Most of us can point to at least one: the teacher we will never forget. The "O Captain, my Captain..." who set the bar higher and opened us up to new worlds and ideas. For The University of New Mexico alumna Ivonne Orozco Acosta, that teacher was Mr....

The quiet persistence of segregation: reconstructing the housing industry

In theory, society has changed a great deal since the Fair Housing Act of 1968. Many laws have been passed penalizing discrimination based on race, sex, disability and sexuality, to name a few. Diversity in the U.S. is on the rise, and social media is...

The ancient Chinese principle of Yin and Yang states that "all things exist as inseparable and contradictory opposites," such as, there can be no darkness without light and vice versa. This principle certainly holds true for modern life and urban...

Honoring the legacy of Patrick Nagatani

The mark of a life is immeasurable. For artist, activist and educator Patrick Nagatani, the impressions he left behind take the tangible forms of his photography and art, as well as the intangible forms of how he impacted his peers, students and those...

Children's rights activist Marian Wright Edelman once intoned that when it comes to representation and inspiring young people, "you can't be what you can't see." Taking that maxim to heart, University of New Mexico alumna Carol Payne banded together with...

For the love of science

With rich and storied histories, it's no wonder that organizations like Alcoholics Anonymous (AA) and Narcotics Anonymous (NA), have been so successful in helping millions of people on the path to recovery from alcohol and drug addiction. For Katie...

From the Arctic to New Mexico Connecting energy practices in New Mexico to the energy policies of Alaska may not necessarily be a logical leap. Introduce the common thread of native, indigenous cultures, however, and the correlation is drawn in a sharper relief.

When Alea White wears her cap and gown for commencement this Friday, collecting dual Bachelor of Arts (BA) Degrees - one in Journalism & Mass Communication and one in Psychology - from The University of New Mexico, she'll be joined by an unusual...

Commemorating loss: the changing landscape of how communities mourn

UNM Geography student wins regional graduate paper competition Hurricanes, poetry, civil war and Harry Potter. At first glance, none of these subjects appear related. In truth, they are all examples of topics covered at the Southwest Division of the American Association of Geographers ( SWAAG) regional conference, where University of New Mexico student Hayley Pedrick took first prize in the graduate paper competition.

Vince Gilligan on filming in the Land of Enchantment

Spike Lee and Brooklyn. Alfred Hitchcock and London. Jean-Luc Godard and Paris. Cinematic history features a number of filmmakers who are synonymous with the cities where they weaved their movie magic. In the world of television, one pairing undoubtedly shares that distinction: Vince Gilligan and Albuquerque.

Every college strives to bring students to their campus and see them through to graduation, and The University of New Mexico (UNM) is no exception. In addition to strong academic programs, a number of elements factor into student retention, and this is...

By Elizabeth Dwyer New Mexico is a land rich with history, full of multifarious cultures, peoples, and identities. This undeniable truth made Albuquerque and The University of New Mexico an ideal setting for the annual Critical Race Studies in Education Association (CRSEA) Conference.

A typical art publication made by teenagers comes off a Xerox machine, is bound by a Swingline and has an alternating blank page for every page of off-toned black and white print. When Amy Biehl High School students Mikala Sterling and Sofia Resnik took an elective class freshman year, their teachers encouraged them to aim for a more professional and focused aesthetic.

Dalton Valerio is not your average pre-med student. Sure, he's used his scientific faculties to pursue an interest in medicine since his sophomore year of high school. But this summer, he'll set the chemistry books aside to immerse himself in his second love: dance. And in no minor way.