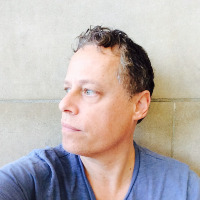 Born in Brooklyn, and raised in and around New York City, I am a film school graduate having earned my BFA at NYU's Tisch School of the Arts. I am currently writing on assignment for a film and television magazine based in the UK. Prior to this I worked for many years as a photo editor mainly with news, conflict and documentary photography. After graduating from film school I worked on small crew productions shooting NYC exterior scenes for Seinfeld, as well as promotional segments for Showtime Networks. Also during this time I played with bands as a guitarist in NYC clubs such as CBGB, The Cat Club, and Limelight.

Calling all the Heroes

Gotham: March of the Penguin