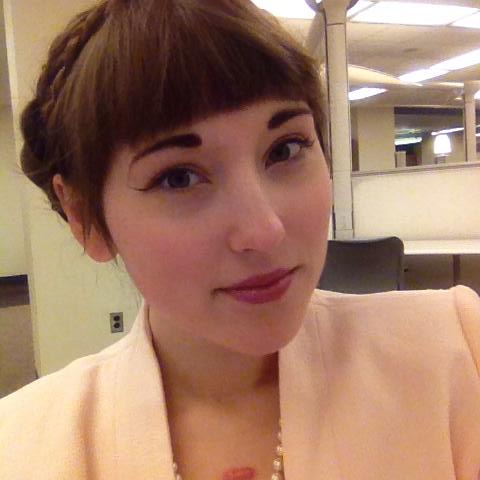 Amelia Heymann is a content located in Williamsburg, VA. She is currently a reporter at the Virginia Gazette, a semi-weekly newspaper that covers the Historic Triangle. Originally brought on to be the education reporter, Amelia later moved on to being the arts and culture reporter.

Amelia is a graduate from Virginia Commonwealth University and majored in Written Online and Print Journalism. She wrote for multiple schools run media publications, including the Commonwealth Times. She was also the editor of Shafer Bird, VCU's online food and review publication.

She also wrote for Capital News Service, a class that distributes articles out to publications across Virginia, as well as AP.

In addition to Journalism, she interned at the Smithsonian Institution's National American History Museum's office of public affairs.

The community displaced by the Yorktown Naval Weapons Station

Decades ago there was an African American community nestled beside the York River, families were self-sufficient making a living off of oystering and farming. However, in 1918 the families were given a 30-day notice and ejected from their land by the United States Government.

Tuesday morning, a red semi-tractor trailer made its way down Duke of Gloucester Street filled with wooden crates. After parking, a team of men quickly unloaded boxes from the trailer, stacking them neatly inside Bruton Parish Episcopal Church.

RICHMOND, Va. (AP) - With an electric six-string cellist and an orchestra playing a fusion of classical-jazz and hip-hop, the sixth annual Richmond International Film Festival kicked off and will run through Sunday, featuring more than 150 films from more than 35 countries as well as more than 50 bands and other musical performers.

PHOTOS: Richmond restaurants eat up awards at the 2017 Elbys - RVAHub

Women in beaded dresses and feathered headbands sipped Buskey cider alongside men in suits and the occasional top hat. While one might think they've stepped into Prohibition-era Richmond, it was the scene for Richmond Magazine's sixth annual Elby Awards show.

RICHMOND, Va.- Lurking in the depths of the Potomac River is a wriggly monster that can grow to four feet long. With its sharp teeth, the snakehead devours other fish, and biologists fear it could spread across the country. It may not be the second coming of “Jaws,” but Virginia officials view the invasive species as a possible threat.

To kick off Black History Month, the Black History Museum and Cultural Center of Virginia is exhibiting four decades of work by Murry DePillars, an artist known for his vivid colors and geometric shapes as well as his political commentary and African-inspired patterns.

FARMVILLE, Va - Farmville is a town that has grappled more than most towns in coming to terms with race and civil rights issues. During the vice presidential debate between Democrat Tim Kaine and Republican Mike Pence at Longwood University on Tuesday evening this struggle will likely be once more thrust into the spotlight.

Echoing experience of past patients, government report calls for end to "conversion therapy"